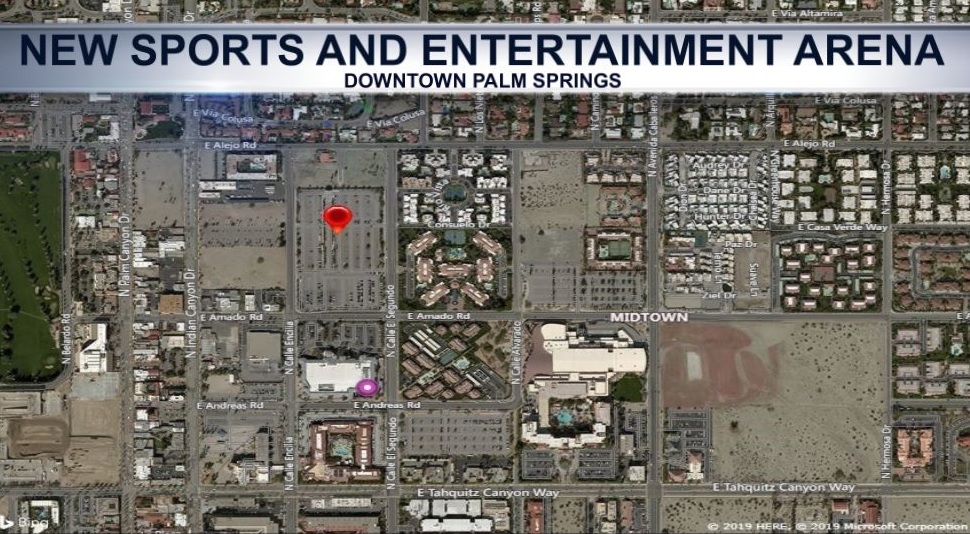 The American Hockey League Board of Governors Monday confirmed its award of an expansion franchise to NHL Seattle and Oak View Group, a sports and entertainment company, which together will establish a primary development affiliate that will play at a new arena on the Agua Caliente Indian Reservation in Palm Springs.

“On behalf of the AHL’s Board of Governors, I am thrilled to welcome the NHL Seattle … and the city of Palm Springs as the league’s 32nd franchise,” AHL President and CEO David Andrews said in a statement released Monday morning. “Palm Springs has all the makings of an outstanding hockey market and will further strengthen the growing base of our sport in California.”

Tim Leiweke, CEO of Oak View Group, said the New Arena at Agua Caliente in Palm Springs will be “the first of its kind in downtown Palm Springs and will be an unmatched venue in the Coachella Valley for both music and sport.”

“We look forward to partnering with the Agua Caliente Band of Cahuilla Indians and NHL Seattle on this project,” he said.

The $250 million project will break ground in early 2020 and will open in the fall of 2021, according to the AHL statement.

At a news conference at the Palm Springs Convention Center, Leiweke — joined by brother Tod, CEO of NHL Seattle — said the 10,000-seat arena will be a year-round facility for sports, music and other cultural events.

A training facility for the AHL team will be built next door, which will also double as a facility for youth hockey and ice skating for the general public.

Construction of the facilities will provide “thousands” of jobs, Leiweke said, while the full slate of events through the year will have around 400 to 500 people working at the arena on a daily basis.

Leiweke said the arena will also be active during major Coachella Valley events like the Coachella and Stagecoach music festivals, golf and tennis tournaments and the Palm Springs International Film Festival, adding to the already remarkable tourism numbers seen when those events come to town.

“When the whole world is here, we want to activate and add to that momentum,” he said.

Leiweke said the arena will not include any restaurants or bars that might compete with commerce in downtown Palm Springs, and that the goal is to “drive as much as business as we can to the hotels and the different tourist spots.”

A parking plan involving surface spaces rather than a multi-story parking garage is in the works, Leiweke said. He said attendees will also have the ability to reserve parking spaces to cut down on drivers circling the neighborhood for open spots, while he hopes around 20 percent of attendees will use Uber, Lyft or other methods of getting to the arena without their cars.

“We are so excited to bring the first professional sports team to the Coachella Valley,” said Tod Leiweke. “This is an exciting time for the Agua Caliente Band of Cahuilla Indians and the greater Palm Springs area, as well as the hockey community and NHL Seattle. As we’re doing in Seattle, we will build a world-class organization that our fans will be proud to support.”

NHL Seattle and its AHL franchise will start playing in October 2021. General Manager Ron Francis will lead hockey operations for both organizations.

“Palm Springs is a great location, and this is a top-notch facility for our players in the American Hockey League,” Francis said. “It gives us the opportunity to fully develop and train all our prospects to reach the NHL while bringing hockey to another fantastic market.”