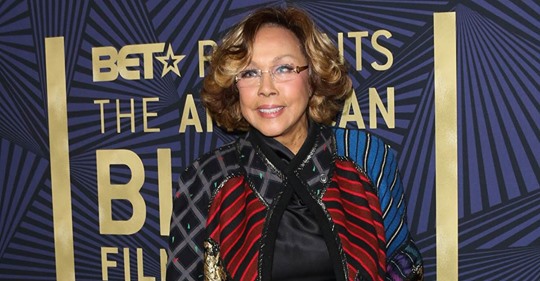 Actress-singer Diahann Carroll, a pioneer for black women on television, died of complications from breast cancer Friday at her Los Angeles area home at the age of 84.

Carroll, whose death was confirmed by her publicist and her daughter, journalist and producer Suzanne Kay, had battled breast cancer for many years.

In 1998, she had surgery to remove a small cancerous growth, which had been detected during a routine annual medical examination. The growth was removed and she underwent six weeks of radiation treatment. As a breast cancer survivor, Carroll became an activist, encouraging women to receive annual checkups.

“Although it has been said many times, I want to alert every woman in the world that the best weapon against breast cancer is early detection,” she said at the time. “Annual checkups can save your life!”

Carroll, who began modeling in high school, made her big screen debut in the Hollywood musical “Carmen Jones” in 1954. She received on Academy Award nomination for her role in “Claudine,” and also starred in “Porgy and Bess.”

On the stage, she earned a Tony Award in 1962 for “No Strings,” making her the first black woman to win for lead actress in a musical.

But the Bronx-born performer is best remembered for her groundbreaking role in “Julia,” which ran from 1968-71 and helped raise the visibility of black people on television. Carroll, the first African American woman to star in a non-servant role in a primetime TV series, played a widowed nurse raising a young son, a role that earned her a Golden Globe and one of her four career Emmy nominations.

She returned to TV playing feisty fashionista Dominique Devereaux on the primetime soap opera “Dynasty.” She lobbied producer Aaron Spelling for the role, recalling for People magazine in a 1984 interview, “I want to be wealthy and ruthless … I want to be the first black bitch on television.”

She did three seasons on the ABC series and its spinoff, “The Colbys,” often dueling with fellow diva Alexis Carrington Colby, played by Joan Collins, who took to Twitter to post video of “some of the wonderful scenes that Diahann and I shared on `Dynasty.”‘

Oprah Winfrey was among those who eulogized Carroll on the site.

“Thanks for helping clear the path for me and so many others,” Winfrey said.

Filmmaker Ava DuVernay said Carroll “walked this earth for 84 years and broke ground with every footstep. An icon. One of the all-time greats. She blazed trails through dense forests and elegantly left diamonds along the path for the rest of us to follow. Extraordinary life. Thank you, Ms. Carroll.”

The Rev. Jesse Jackson Sr. said Carroll “was a transformative force for freedom. She identified with Dr. (Martin Luther) King in the civil rights movement with a simple kiss. She brought down ancient barriers & built bridges. She left the world better than she found it. We are in her debt. We miss her so much already.”

Actor Billy Dee Williams was Carroll’s classmate at the High School of Music & Art in New York, where she won a scholarship.

“My dear, dear beautiful Diahann Carroll passed away today,” he wrote in a Twitter posting. “What a pioneer she was in the business. What an incredibly kind soul.”

Carroll received a star on the Hollywood Walk of Fame in 1990 and was inducted into the Television Hall of Fame in 2011.

She was married four times, including to singer Vic Damone, and also had romances with actor Sidney Poitier and talk-show host David Frost.

In addition to her daughter, survivors include two grandchildren.

No funeral information was announced.