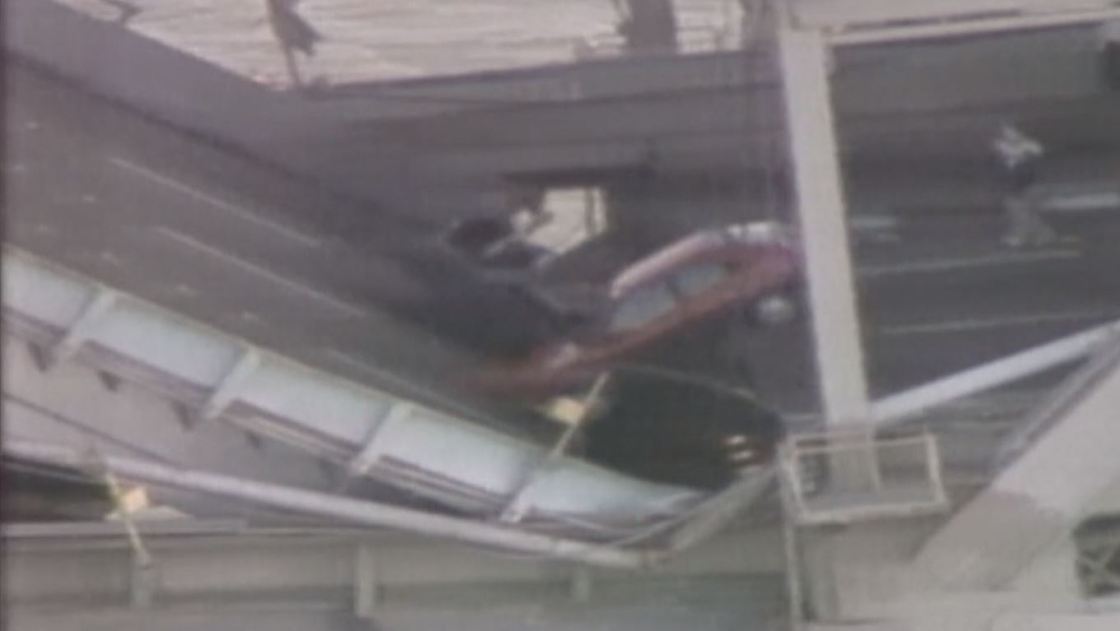 30 Years Ago the 6.9 Loma Prieta Earthquake Stopped the ‘World Series’ and Collapsed the Bay Bridge

Millions of Californians took cover Thursday morning during the “Great Shakeout Drill”, the emergency drill is part of the state’s preparedness in case of a major earthquake, Thursday also marked 30 years since the deadly 6.9 Loma Prieta quake that devasted Northern Calfornia but it taught lessons to residents and state officials.

It was minutes before the start of the third game in the 1989 World Series between the Oakland Athletics and the San Francisco Giants, but the rivalry was quickly forgotten as a massive earthquake jolted the city to a stop.

Dan Adams was a reporter with the CBS affiliate in Sacramento and he was covering the world series when breaking news struck.

Adams said, “It was just a surreal day, just surreal because you go from the excitement of covering a World Series to suddenly covering one of the biggest natural disasters Northern California has seen.”

He said a roar filled the stadium from people frightened from the violent quake, there was some damage to Candlestick Park but it was nothing compared to the devastation in the rest of the bay.

The power went out in most of San Francisco, while homes were destroyed and buildings engulfed in flames, 67 people died and more than 3,000 others were injured including drivers who were on the Bay Bridge when part of it collapsed.

Adams said, “San Francisco was black, you could see the glow from the fires as they were burning in the Marina District but that was about it.”

The video files from 30 years ago show people walking through the dark San Francisco streets with their belongings in hand as the place they called home crumbled.

All of the damage was caused by a slip along the San Andreas Fault, the fault is 800 miles long and it passes right through the Coachella Valley.

Californians have prepared for over a decade with state-wide “Shakeout Drills”.

The drill takes place across schools in the state, places of work and government offices, it has become a necessity for adults and children to know what to do and how to help.

California launched “My Shake” the first state-wide phone application of its kind. It is designed to alert users of motion before it is felt on the ground.

Governor Gavin Newsom announced the application during a press conference, “It’s an application for everyone in the state, My Shake, but also for this nation and for the world that I think they are looking for this technology.”

As alert systems advance, earthquakes like the 6.9 Loma Prieta are a reminder that life will not be the same after a disaster.

“When you have a large section of freeway collapsing down on top of each other,” Adams said. “When you have a section of the Bay Bridge that has collapsed, suddenly engineers knew, we really aren’t ready for something like this.”

The question now is, how ready is California today? New Alert systems could give people up to a 10-second window to take action, but it is up to them to have emergency kits ready in order to survive hours, days or until help comes along.