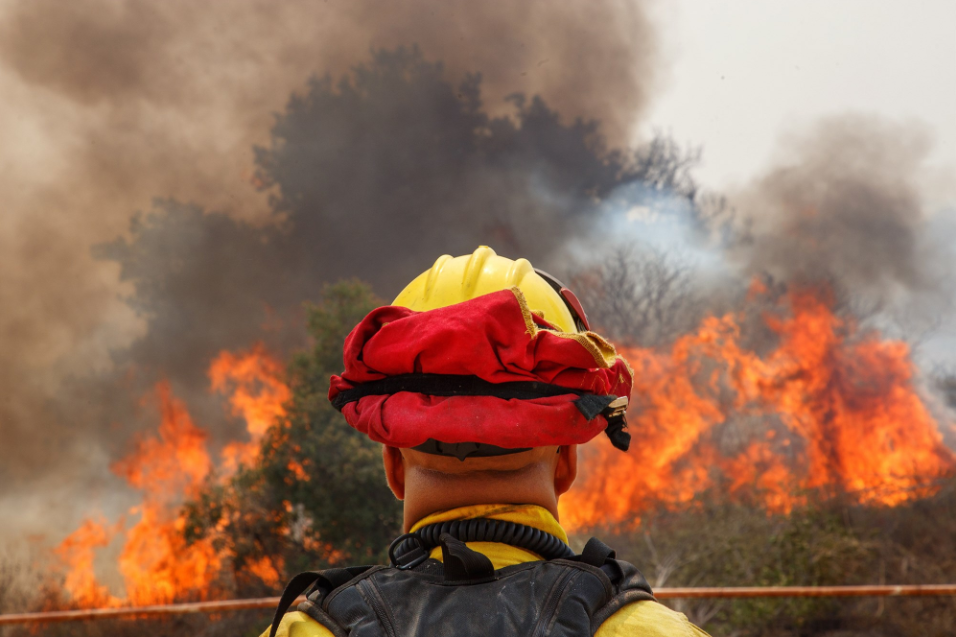 Just as firefighters got a grip on a blaze that tore through the swanky Pacific Palisades, other Californians are at risk of unpredictable wildfires this week.

About 209,000 customers could have their power shut off this week mitigate the risk, Pacific Gas & Electric said.

“The potential safety shutoff is planned for varying start times depending on location beginning Wednesday evening,” the company said.

Customers will be notified by texts, emails and automated phone calls about 48 hours in advance.

A combination of gusty winds, dry grass and dead and dying trees are fueling the fire risk, and therefore the need for possible power shutoffs, PG&E said.

Another 40 homes are still threatened by the fire, which has been difficult to contain due to high winds and sloping terrain.

Windy conditions in the San Bernardino area will likely continue through Tuesday, the fire district said.

Many Californians are coping with the reality that wildfires can strike at any time.

“You go into denial immediately, saying, ‘I hope it’s not what I think it is,'” Charlie Lyons said after he noticed the plumes of smoke while hiking Monday. “We’re in a terrible cycle right now.”

His daughter, also named Charlie, said she feared for the worst.

“I immediately started packing my stuff, my valuables,” 22-year-old Charlie Lyons said. “My friend last year lost her house in Malibu. You can’t predict what Mother Nature is going to do.”