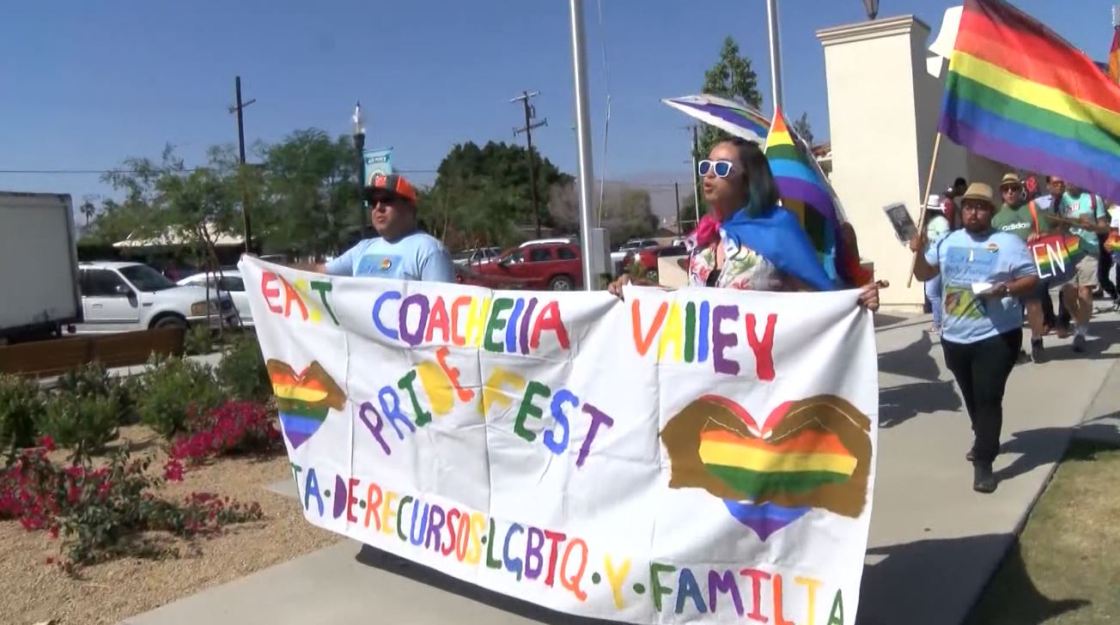 Palm Springs is known for its celebration of the LGBTQ community, but 30 miles to the east it is a different story, the organizers of the East Coachella Valley Pride are making space for themselves within their community.

The third annual Pide event in the eastern part of the desert is a smaller-scale community event compared to its counterpart in the western Coachella Valley, but one of the organizers Miguel Navarro said their purpose is to create a sense of belonging for the those who attend.

“Well the message is really simple, it’s that we exist in the East Valley,” Navarro said. “We want to invite everybody to get to know us if they don’t already and we want to have a day where we celebrate our culture and different identities our traditions, our music.”

The East Coachella Valley Pride merges with the predominate Latinx culture that exists within Coachella and nearby cities.

Roman Lopez is a volunteer for the event and he said LGBTQ representation matters and it could help lead to positive changes.

“When I would tell people that I was trans they would be like, oh, I don’t get that,” Lopez said. “My school district they were pretty ignorant when they were trying to get implements on my gender support fund, now they are getting the hang of it and it looks their views of the LGBTQ are shifting which is pretty awesome.”

The organizers said they introduce “Pride” to the rest of the community through music and culture as it allows others to better understand the purpose of the event.