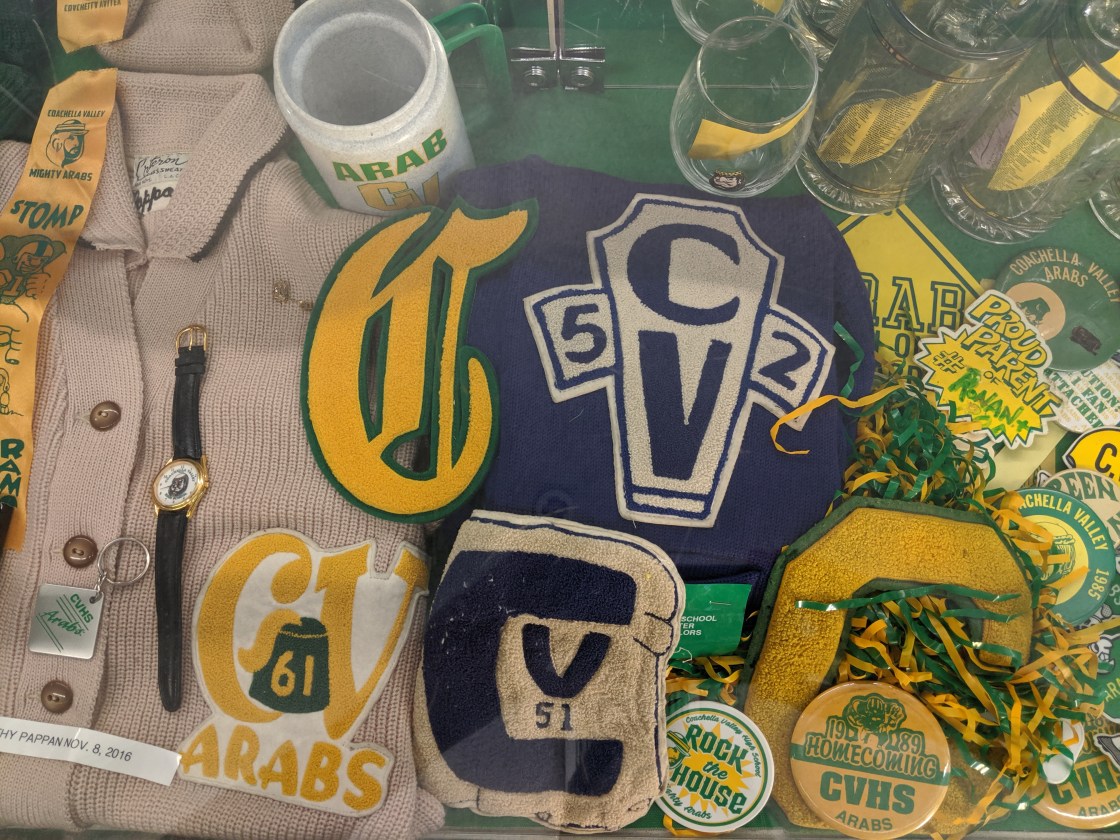 The hallways at Coachella Valley High School were quiet, the CVUSD closed all of its schools due to bad air caused by a mulch fire that has burned for over a week in the area, but that is not stopping an alumni and retired teacher from sharing the shool’s rich history with the rest of the valley.

Rich Ramirez is a CVHS class of 59′ and he started the alumni museum inside the CVHS campus, the museum collects memorabilia tracing back more than 100 years.

Ramirez said, “The problem now is that you don’t have someone giving them the history of this school of this community what is that we do.”

A century of history sits inside a classroom size room, letterman’s jackets, cheer pom poms, and dozens of years books are on display. The items were collected through donations while others were forgotten and collecting dust at the school’s storage.

Black and white photos show the pep rallies held at the still in-use auditorium, some of these rallies were for students who were headed to World War 2.

Ramirez said, “These boys volunteered to go to war, eleven of them, so we had an assembly for them, we had Bod Hope and Rita Hayworth. ”

In more recent history the school received public backlash and it was sued by the American-Arab Anti-Discrimination Committee in 2014 over the mascot, the ‘Arabs’.

Ramirez said, “TV and radio people from all over the world were on campus on how we were discriminating against the Arabs.”

He did not see it that way, he said alumni have been proud to be the Arabs for a long time without any negative connotation, ironically it was a newspaper reporter who gave them the name.

Ramirez said, “There was a reporter there that had just gone to the date festival in Indio and he saw everybody dressed up in costumes so when he saw us, he saw green and gold, how about galloping Arabs.”

Ramirez returned to the Coachella Valley to teach and later held several administrative roles, he has seen the changes in the school for half a century, but his wish for his students has not changed.

The Coachella Valley High School Alumni Museum is open to the community every Wednesday during school hours.