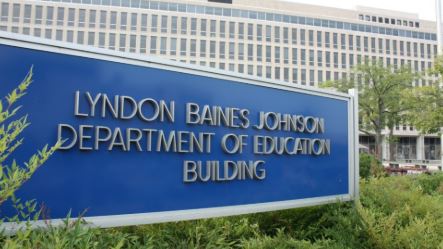 A. Wayne Johnson, who had served as the chief operating officer and chief strategy and transformation officer of federal student aid at the department, submitted his resignation Thursday to Secretary Betsy DeVos, he said in a statement posted on his campaign website. During his tenure at the department, Johnson oversaw the government’s more than $1 trillion in student loans and helped implement several reforms to the program, the statement said.

The former official said he is now hoping Georgia Gov. Brian Kemp will appoint him to serve out the remaining term of Sen. Johnny Isakson, a Georgia Republican who announced in August that he would step down at the end of the year, citing health concerns.

“I intend to follow Senator Isakson’s example as a conservative Republican who is able to work across the aisle in Congress,” Johnson said in the statement. “I will emulate his outstanding work ethic, his devotion to Georgia and his focus on issues that were of great importance to him and the entire country.”

If appointed, Johnson said he would work to pass a plan forgiving up to $50,000 for anyone with federal student-loan debt and giving prospective students $50,000 to be used to pay for four years of tuition at a college or graduate school. The plan would also provide tax credits of up to $50,000 for individuals who have already paid off their student loans, according to the statement.

“The program would be funded with a 1% tax on revenue generated by all employers including corporations and non-profit organizations,” the statement said.

“My service in Washington taught me that we need changes in the law to save Americans from going into severe debt just to get a college education,” Johnson said in the statement. “I have a plan that is fair, fiscally responsible and future-oriented so that the citizens of Georgia and across America can afford a college education.”

The Wall Street Journal reported earlier Thursday that Johnson has never run for public office before and that he has voted in both Democratic and Republican primaries.

Johnson, who has a doctorate in higher education and wrote his dissertation on student debt, according to the Journal, told the newspaper that he “sees his plan as part of an effort to get the government out of the student-loan business.”