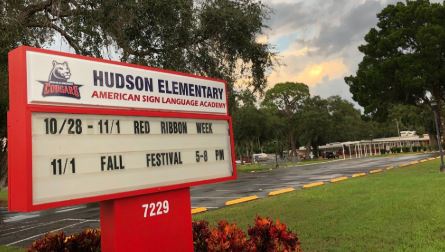 An 8-year-old student is accused of bringing a loaded gun to an elementary school in Pasco County Thursday.

According to the Pasco County Sheriff’s Office, the student brought the gun to Hudson Elementary School. Deputies say the gun was found inside the student’s backpack.

A school security guard caught a group of boys hanging out in the bathroom and sent them back to class.

A student stayed back to tell the security guard one of the student’s was showing off a gun in his backpack.

Parents outside Hudson Elementary called the student who alerted the security guard a hero.

“What a brave young man, what a great thing to do, his parents should be proud,” said Ryan Rekers.

No one was hurt, according to deputies.