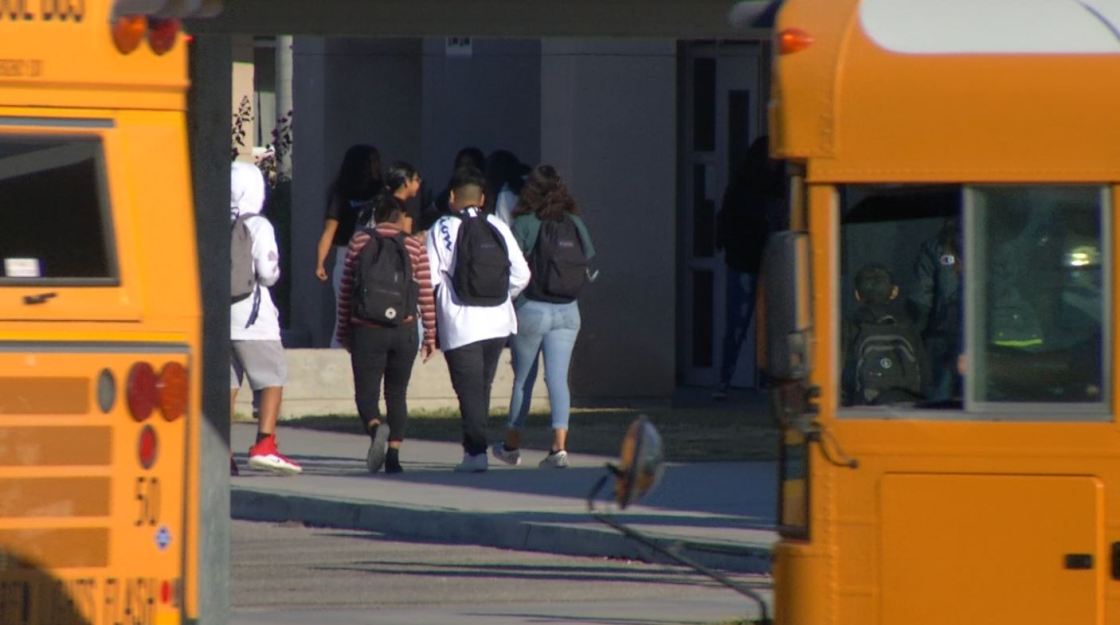 The students in the Coachella Valley Unified School District returned to classes on Friday after heavy smoke from a mulch fire burning in Thermal prompted the closure of all of its schools, but now parents and even the teachers union said the schools should remain closed.

The smoke from the Thermal mulch fire comes and goes depending on the weather, Kimberly Salgado is a student who was picked up early by her mother after the smoke got progressively worse throughout the morning.

Salgado said, “Since I came to school it was alright but later on it smelled horrible and I couldn’t help it.”

All of the CVUSD schools closed for five days, however, Superintendent Dr. Maria Gandera said they decided to reopen the campuses after air quality tests from the EPA showed the smoke is not toxic.

“They were able to finally come back to us, with the readings that we have it is safe to return,” Gandera said. “The smoke is still going to be here but the smoke is throughout the valley, not just the schools, as long as we take the precautions that are necessary which means be indoor as much as possible.”

However, the President of the Coachella Valley Teachers Association said the conditions are still not good enough. She said she entered a classroom inside Las Palmitas Elementary and the smell of the smoke was stronger than the outside.

Carrera said, “Las Palmitas, Toro Canyon and Desert Mirage at the very least should have remained closed today I think, I did express that with the district but for whatever reason, they felt they needed to be opened.”

She also said some of the teachers who went visited the doctor due to the smoke inhalation are facing roadblocks in their worker’s comp insurance. Carrera said she has been in contact with a California Teacher’s Association lawyer.

“He said he is not sure that the EPA is testing for the correct things that need to be tested for this type of fire and he said having the results from an industrial hygienist can help these teacher’s claims that are being denied,” Carrera said. “Because they are having to use their own sick time and pay their own medical even though it is directly due to them being at work with the smoke inhalation.”

Gandera said it is yet to be determined what will happen with the claims and that it is not up to her office to decide.

The mulch fire continues to burn on Torres Martinez Tribe land, the Bureau of Indian Affairs is the lead agency fighting the fires. A BIA spokesperson tells NBC Palm Springs the fire is burning vertically into a 12-to-15-feet-deep mulch pile causing the heavy smoke. They said firefighters have to spread the piles that expand about 31 acres in order to put the flames out.

The BIA spokesperson said they expect full containment by November nine or 10.