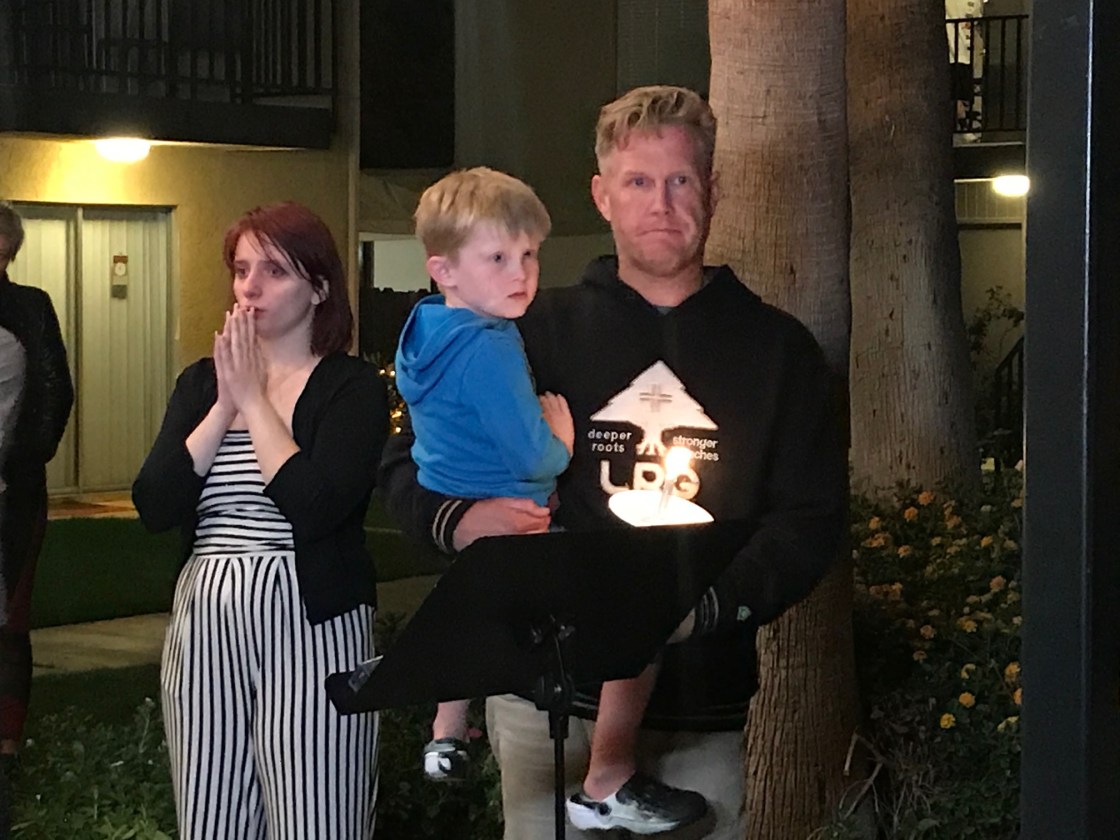 Community comes together for Candlelight Vigil

He and Kayden have been through the unimaginable, the death of Kayden’s mother, Nicole Henderson. The Riverside County Sheriff’s Department says the 33-year-old mother was stabbed to death in her Palm Desert apartment on Sunday afternoon. Little Kayden was there when it happened.

“I can’t believe that someone would do that around a four year old, I can’t, I don’t understand,” says Jones.

Jones says on Sunday afternoon he went to pick up Kayden from the panorama apartments after being there only 30 minutes for an early dinner with his mom, “She called me half way through and told me to come get him. I got there and that’s when I found him with her and she, she passed.”

Jones says he immediately grabbed Kayden and had the neighbors call 911 and pointed deputies to the suspect a man known to him as someone Henderson was dating, Richard Colin Holbrook, 21, from Escondido.

Holbrook was arrested, but Justin says it’s too little too late. He says this tragedy like many others could have been prevented because Holbrook had recently been let out of a mental institution.

He says the system needs to change, “They just take these people in and out of the hospitals and then they just kick them out to get a bed opened and then they bring them right back when they get charged again it’s crazy.”

He says Henderson lived for her son and was a wonderful mother, he says her profile description said it all: “I am Kayden’s mom”.

“We just really want to make sure that people keep his mother’s memory alive to him cause no boy should have to grow up without their mom you know,” he says while holding on to his son adding Kayden is his whole world.

He says he and Kayden are going to take it minute by minute and focus on the miracle to come out of this tragedy, “We’re just going to find the light cause he got left for a reason so there was a guardian angel around him cause that man was sick and he did a bad thing.”

Jones says he is grateful to the community who has reached out and is asking for prayers for Kayden.

The family is has set up a GoFundMe account for Kayden. To donate click here: Helping Kayden