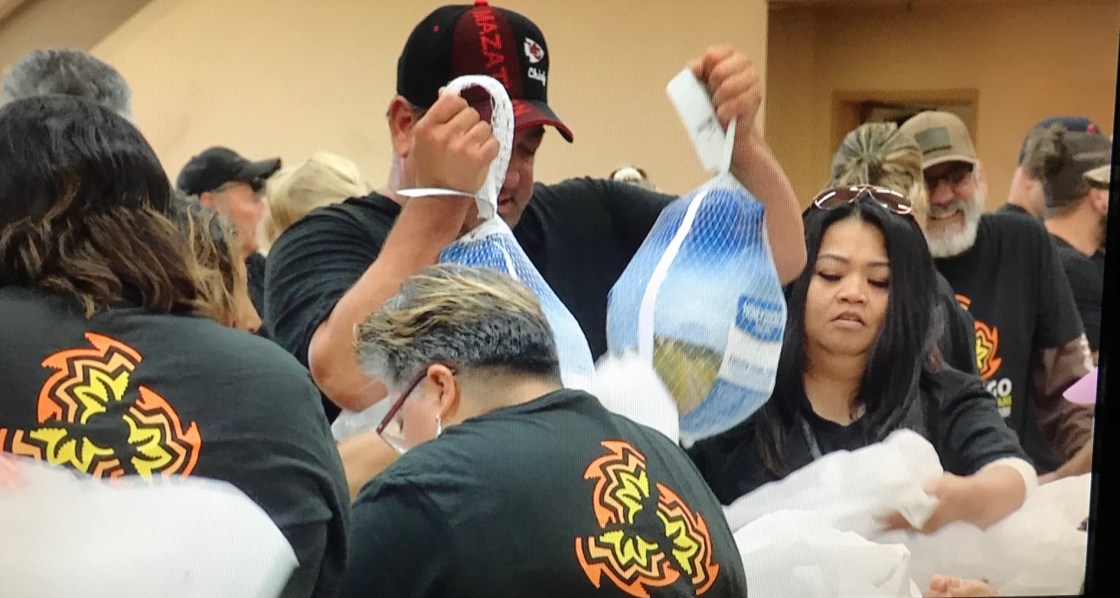 The 34th annual great turkey giveaway kicked off on Monday at the Morongo Band of Mission Indians community center.

“I had no idea what it was going to be like this is my first year and, I mean just look,” says Michelle Harris, the community outreach assistant with the Morongo Band of Mission Indians.

Dozens of volunteers showed up to distribute thousands of turkeys donated by tribe.

“Morongo provides the 12,500 turkeys but we couldn’t do it without the volunteers that show up,” says Harris.

Liz Reid volunteer and founder of the non-profit Immanuel House has been helping for over a decade, she says the need in the community is often not seen, “Most people in the community right now pretty much live paycheck to paycheck and some have fallen in the shadows.”

The Coachella Valley Rescue Mission is one of 114 non-profits who will benefit from the giveaway. The mission is there for the homeless in our community every day but the need is even greater this time of year.

“The week of thanksgiving we serve 15,000 meals as well as giving turkeys out to the public,” says Marcy Trevino with the Coachella Valley Rescue Mission.

Without this giveaway, many would go without what many of us take for granted, a warm, thanksgiving dinner.

“The Morongo Tribe has blessed our mission with it because without them we wouldn’t be able to serve the people that we do in our valley,” says Trevino.

“There’s something to be said about the human heart and what you will do for others,” says Reid.

“And that’s what it’s all about right? Giving back,” says Harris.

The organizations that receive the turkeys will distribute them during this holiday season.