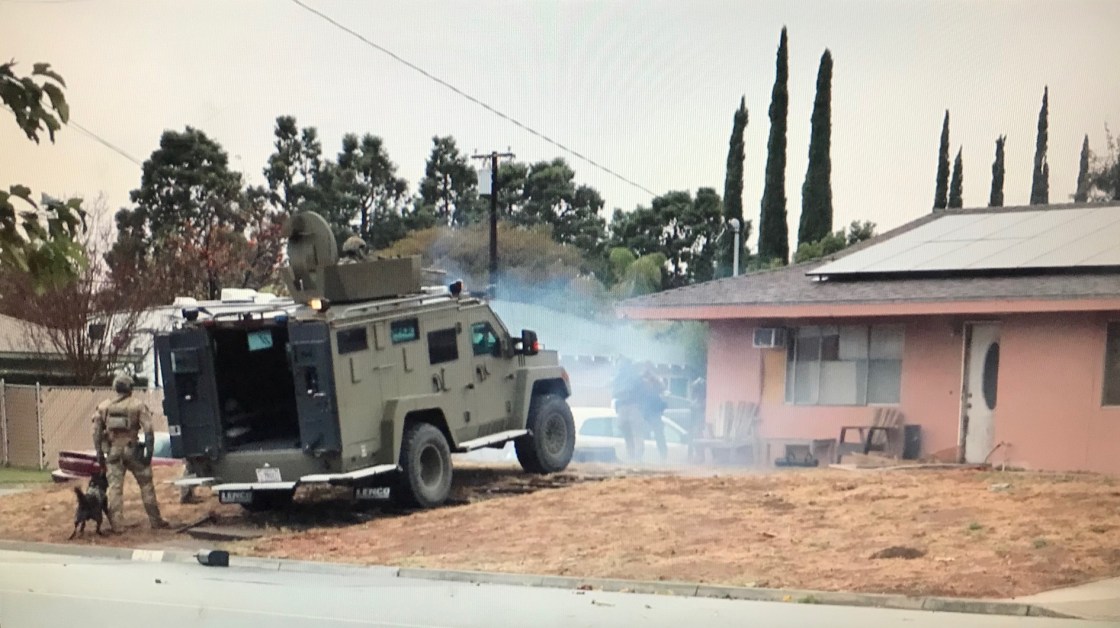 Sheriff Chad Bianco: Law Enforcement is Cracking Down on Guns, Drugs and Gangs

The Riverside County Sheriff’s Department and district attorney’s office are cracking down on gangs.

“Gangs, drugs and money all go hand in hand,” says Sheriff Chad Bianco adding they’re targeting  gang members responsible for an increase in violence in the valley, “sixty shootings from Coachella gangs in since in this year in 2019 so this is in response to just a rash of gang shootings.”

This gang sweep comes on the heels of a massive operation that culminated on Wednesday and spanned over a year, called “Pass Resolve”, led by the district attorney and several agencies that make up the gang impact team. One hundred and seventy four people were arrested for crimes that include illegal sales of drugs and guns.

“In total the team seized over a thousand fentalyl pills, 50 pounds of cocaine, 3 pounds of heroin, over 70 pounds of meth and 220 firearms, including a rocket launcher.

“Imagine that in the wrong hands or law enforcement trying to come upon that or … if that was used toward our public at a crowded place … that could have been horrific,” says Sheriff Bianco.

He says the criminal activity that stemmed from operation pass resolve touched many cities and counties and touched many lives.

“It concentrated in the pass Beaumont, Banning but it led out here into Coachella, Palm Springs, Hemet, Murrieta, Wildomar, it even led into different counties San bernardino and Los Angeles County,” he says.