Florida man wanted ISIS to bomb deans at colleges that suspended or expelled him, feds say 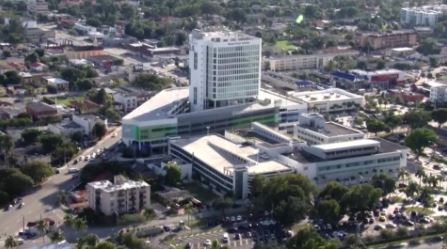 A man who had been suspended or expelled from two South Florida colleges asked an FBI informant he thought had ISIS connections to bomb the schools, targeting specific deans, a federal prosecutor says.

Salman Rashid, 23, who was born in Bangladesh but is a naturalized US citizen, is charged with soliciting another person to commit a crime of violence. He was taken into custody Friday.

He made an initial court appearance Monday in US District Court in Miami, according to federal prosecutors. It is unclear whether he had retained counsel, and voice mail and email messages left for a public defender listed in court documents were not immediately returned.

Sarah Schall, spokeswoman for the US Attorney’s Office for the Southern District of Florida, told CNN she wouldn’t know if he had retained a lawyer until after a scheduled Wednesday pretrial detention hearing.

The North Miami Beach man became the subject of an FBI probe in spring 2018 after agents reviewed his Facebook posts and found they “exhibited a growing hatred for America, democracy, non-Muslims and secular Muslims, while expressing his belief in the violent overthrow of the democratic system and the destruction of those who will not accept his version of Islam,” a federal criminal complaint says.

Based on the Facebook posts, an FBI informant pretending to share Rashid’s views on Muslims and Sharia law sent him a private message to establish an online friendship, the complaint says.

“In May 2019, and without provocation, Rashid solicited a confidential human source to contact members of ISIS and instruct those ISIS members to conduct a terrorist attack on Rashid’s behalf,” a Justice Department news release said.

Rashid continued his efforts for the next several months, initially indicating that a nightclub or religious building would be a suitable target, the federal government alleges.

In November 2018, one of Rashid’s classmates at Miami Dade College — to whom he sent text messages indicating that he had “developed unrequited romantic feelings” — reported to local police and campus authorities that Rashid had sent her threatening communications, according to the complaint.

“It bums my eyes and heart, rips me apart as a human to imagine seeing you in the arms of another man, being touched,” Rashid allegedly wrote in one message. “But I am powerless to stop what had happened without my knowledge. Since the creator of this universe have decided our destiny and chosen separate paths for us, I’ve understood myself and what I must do … In the hereafter, we will meet once again. But things will be a little different :). You will not have excuses, will not be given a choice and will have to come close to me.”

Miami Dade suspended Rashid for the threatening messages in December, the complaint says.

In March, the woman said during an FBI interview that she noticed Rashid following her to her vehicle after class one day, the complaint says.

FBI agents further learned Rashid was conducting internet searches for “how to stalk someone’s house,” and in May, he was expelled from Broward College for failing to disclose that Miami Dade had disciplined him, the government alleges.

• An October post stating Adolf Hitler “understood the risk of keeping these Jews alive and wanted to just wanted to wipe them out to clear garbage.”

• A comment on a May Facebook post about a California mosque closing because of alleged permit violations: “We need some violent offensive frontline defenses. Then they will consider everything without question and won’t dare make these decisions.”

• A May threat in which he said he would break another Facebook user’s bones if she didn’t recognize his religious authority, prompting her to call the FBI.

• An April post, saying, “When I have Allah’s Signal, I will bum everything as I see suitable.”

In April, to faciliate an in-person meeting, the FBI swapped the informant claiming to be willing to carry out Rashid’s desired attack, according to the Justice Department. During multiple meetings, Rashid allegedly told the source he wanted to die soon. Once he said “he still had something to do and planned to finish his task before he left this world,” according to the complaint.

Rashid allegedly used a messaging app to encourage the informant to rally “brothers” — and in one case, “brothers from ISIS” — willing to avenge attacks on Muslims.

The informant asked in July whether Rashid would help vet “an individual who could potentially assist with the attack.” The person was, in fact, was actually a third informant, the complaint says.

Later, when pressed for instructions to give the purported conspirator, Rashid responded that the person and her or his associates “should be smart enough to plan the attack and make sure there is an escape route,” according to the complaint.

Another message said the attacker should target “arrogant men and woman who refuse to recognize our authority and hate Islam,” the complaint says.

He also suggested an attack akin to the 2016 attack on Pulse nightclub in Orlando, authorities say.

Earlier this month, Rashid allegedly directed an FBI informant, through another federal informant, to target unnamed deans at Miami Dade College and at Broward College with bombs “as big as possible,” the government alleges.

“If he can make it big, do it as hard as he can,” Rashid instructed the informant, according to the complaint.

He also provided photos of the deans, as well as information about security at the colleges and the placement of the explosive devices, federal prosecutors say.

Rashid faces up to a maximum sentence of 20 year in prison, if convicted. His arraignment is scheduled for December 9.

Miami Dade’s main campus is in downtown Miami, while Broward’s is in Fort Lauderdale. Both are public state colleges. Miami Dade boasts the most students in Florida.