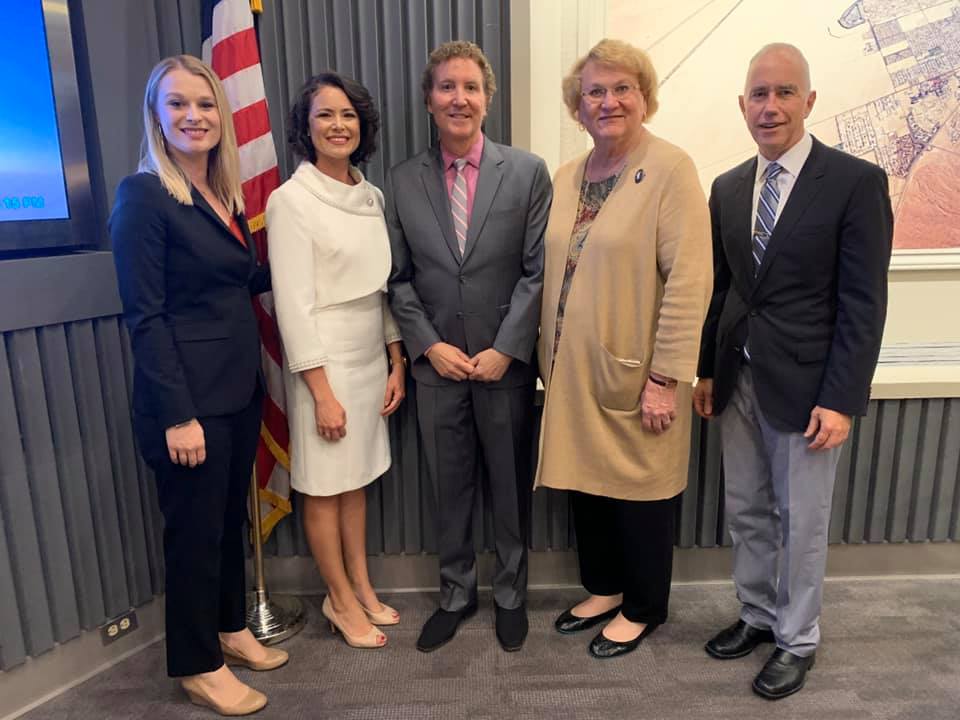 The two new city council members were elected in the November 5 election. District one voters elected Grace Garner, a lawyer, and first Latina elected into the city’s leadership. While district two elected Dennis Woods, who was previously appointed by the City Council as the Planning Commission chair.

Councilwoman Christy Holstege became the city’s Mayor Pro Tem as the city moves into district elections and rotates the mayoral title each year.

Kors said there are plenty of projects in his year ahead as mayor.

“We have gone to almost 40 million dollars in reserve and we have to keep on doing that, keep our economy strong,” Kors said. “I’m very much focused on continuing to put in place really good programs to get more people who are currently living in the streets into housing.”

He said the yearly change of mayors will not take away from the role, after all, the mayor’s vote is equal to the rest of the council.

“I think there’s a perception sometimes that the mayor has more power but the mayor is ceremonial in our city and that’s how it should be treated and I’ll make sure that it is very clear that all of us are equal,” Kors said. “People can’t just come to the mayor if they have an issue and hope if the mayor supports it, it will pass, everything takes three votes.”

While Palm Springs continues to grow in development and tourism, a new 300,000 square-feet challenge emerges with the downtown sports arena.

“If people sit in hour traffic or they can’t park when they come to something at the arena, they are not coming back so it’s in everyone’s interest to make parking and traffic work,” Kors said. “It’s all about partnerships, partnerships with the business community, the tourism community, the residents, the tribe, that’s what I think the city does really well, and I am really excited about continuing that.”

As new faces join the city’s leadership, Councilman J.R. Roberts and Mayor Robert Moon reflected and gave thanks for their time in the city council, while neighbors and peers thanked them back.