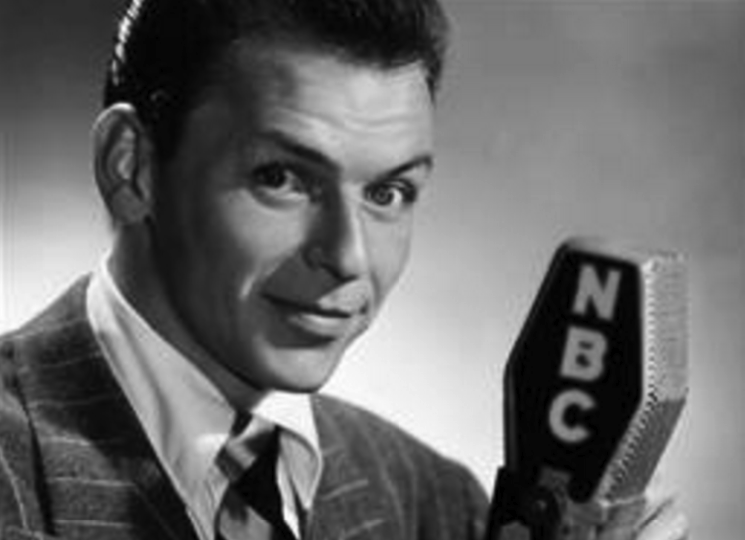 Frank Sinatra’s 1945 Golden Globe Award for a short film promoting tolerance of Jews is to be auctioned Thursday.

The Golden Globe was awarded to Sinatra for the short film “The House I Live In.” It will be auctioned by Nate D. Sanders Auctions on Thursday, with bidding starting at $50,000, the auction house said in a statement this morning.

The Hollywood Foreign Press awarded the “Promoting International Understanding” Golden Globe from 1946-1964. Sinatra was the first recipient of this award. This Golden Globe is the only major award won by Frank Sinatra ever to appear at auction.

Sinatra’s family donated the majority of his awards to the University of Southern California, where they are displayed at Frank Sinatra Hall.

“The House I Live In” received an Honorary Academy Award and was selected by the Library of Congress in 2007 for preservation in the United States National Film Registry as being “culturally, historically, or aesthetically significant.”

Sinatra was a long-time advocate for racial equality. He was a major supporter for desegregation in the Las Vegas hotels and casinos throughout the 1950s and 1960s. Sinatra and his Rat Pack entourage boycotted hotels that banned entry to black performers and patrons.

After Sinatra found out Nat King Cole was prohibited from eating at the Sands Hotel and Casino dining room, he threatened to have all the hotel’s servers fired and invited Cole to dine with him the following night, according to Nate D. Sanders Auctions. In 1961, Sinatra played a benefit concert at Carnegie Hall in New York for Dr. Martin Luther King Jr.

Sinatra was also a strong supporter of Jewish causes. In 1942, he responded to reports about the Nazis’ treatment of the Jews by having hundreds of medallions engraved with an image of Saint Christopher on one side and the Star of David on the other. The medallions were delivered to American soldiers fighting in Europe.

Sinatra’s Golden Globe features a sculpture in relief of the Earth encircled by a laurel wreath at its base. The sculpture sits atop a metal base with the plaque engraved, “To FRANK SINATRA / For the Picture With the Best / International Feeling Produced in / 1945 / Hollywood Foreign Correspondents Association.”