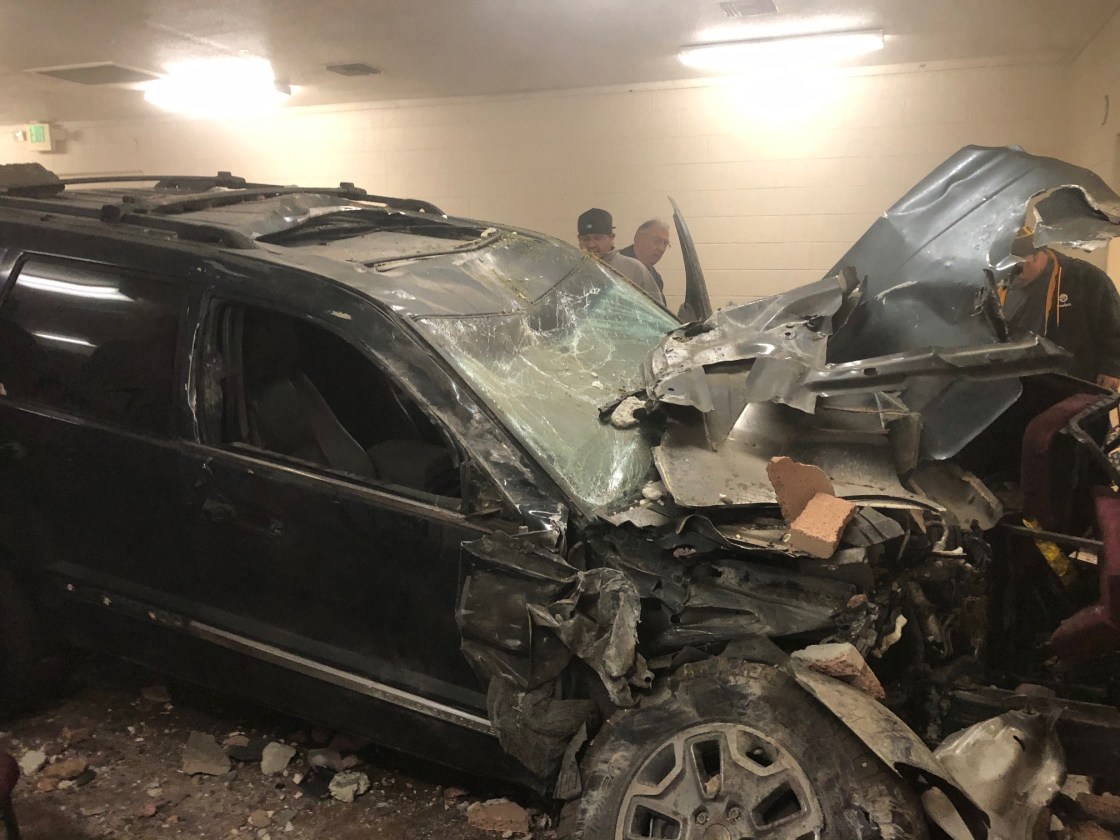 An SUV crashed into a tribal building in Thermal Thursday where a funeral service was taking place, injuring eight people, one seriously, and leaving a gaping hole in the structure.

Firefighters and paramedics responded to the building in the 66000 block of Martinez Road, inside the Torres Martinez tribal lands, just after 5 p.m., where they located the SUV inside the hall and tended to the injured victims, according to the Riverside County Fire Department.

A total of eight patients were taken to a hospital, one with serious injuries, the other seven with minor to moderate injuries, the department reported. The driver of the SUV was among the injured, the California Highway Patrol told News Channel 3.

CHP officers said a funeral service was underway at the time of the crash.

Details of what led up to the crash were not immediately disclosed. The Riverside County Sheriff’s Department investigated the cause of the accident.