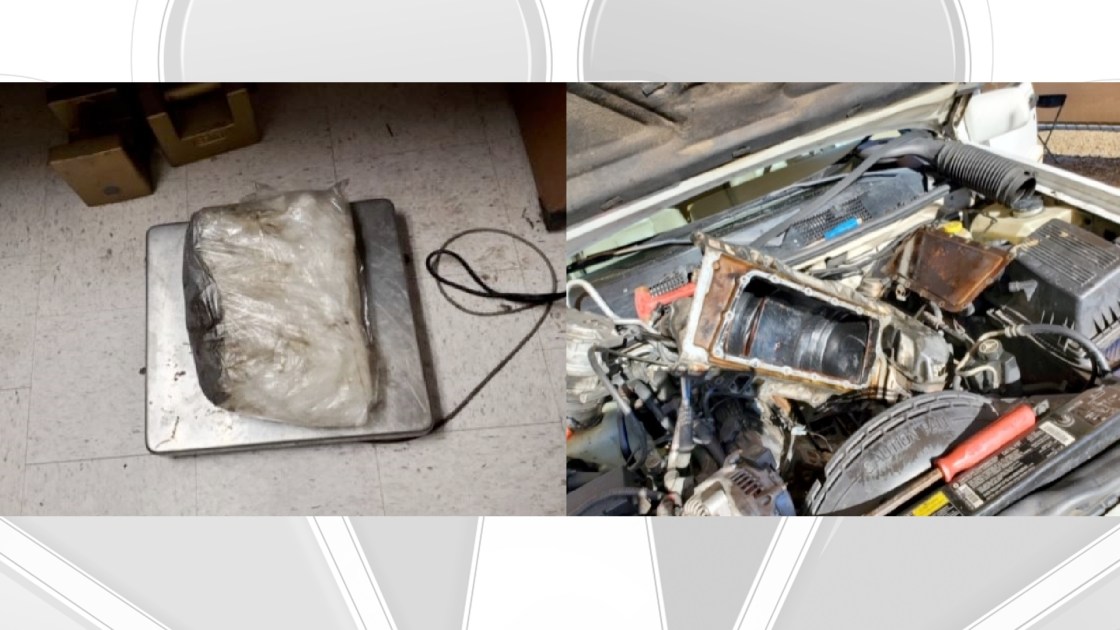 The incident occurred at approximately 7:40 a.m., when a 26-year-old man driving a white Jeep Cherokee approached the checkpoint.  Agents sent the vehicle to secondary inspection for further investigation. In secondary, a Border Patrol K-9 detection team alerted to the vehicle.

While in secondary inspection, Border Patrol agents discovered a package hidden inside an aftermarket compartment within the engine intake manifold. The intake manifold is a component of an engine that supplies the fuel/air mixture to the cylinders and is typically located on the top center of the engine.

Agents determined that the package contained a substance that was consistent with the characteristics of methamphetamine.

“This is an example of the dedicated agents in the El Centro Sector,” said Acting Chief Patrol Agent Ryan J. Scudder. “Our agents are not only dedicated, but also experienced, and this seizure highlights the pride they take in safeguarding our communities from dangerous narcotics.”

The total weight of the narcotics discovered was 12 pounds of methamphetamine with an estimated value of $24,000.

The man, a United States citizen, the narcotics and vehicle were turned over to the Drug Enforcement Administration (DEA).