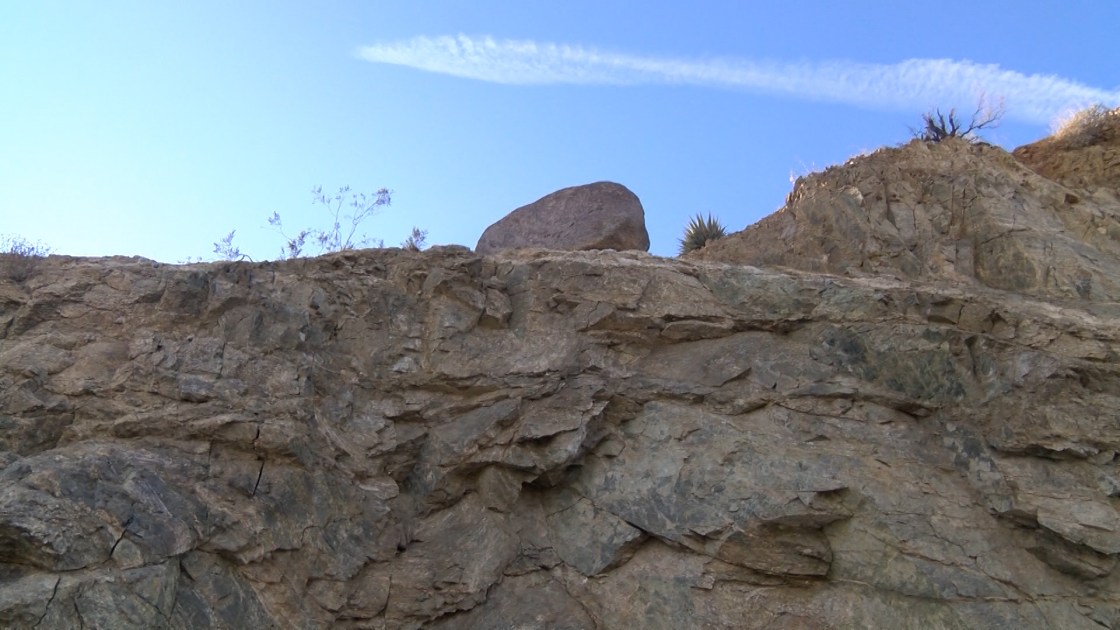 Woman Worried Boulder Will Fall and Kill Someone on HWY 74

Hundreds of people drive Highway 74 each day, Barbara Bergman is one of them.

One day while driving she noticed a boulder at Mile Marker 89-24.

“It’s different than the other ones because it’s close to the road and it caught my eye and bothered me before I did something,” said Bergman.

Eventually she reached out to Caltrans.

“So I started to make phone calls to Caltrans and I sent them pictures. I contacted them by way of phone and email. But i never heard anything I never saw anyone up there. I’ve stopped Caltrans and asked them is there someone I can contact or someone you know,” said Caltrans.

According to Caltrans they look into all customer service requests.

“Safety is our number one priority. So that’s something we would definitely look into. In fact we have a 30 day time to handle all the requests that come in,” said Public Information Officer Joy Schneider.

And yet the boulder is still there.

“I assume maintenance went out and took a look. Typically when there are boulders falling, they get the Geotech guys involved that are trained in seismic activity and the erosion of earth, so i’m going to assume that’s what happened and we determined the boulder was not a danger to the public,” said Schneider.

For Barbara she’s insistent, worried that another life will be claimed on Highway 74.

“I don’t want Caltrans to be liable. I’d hate to see someone not make it,” said Bergman.