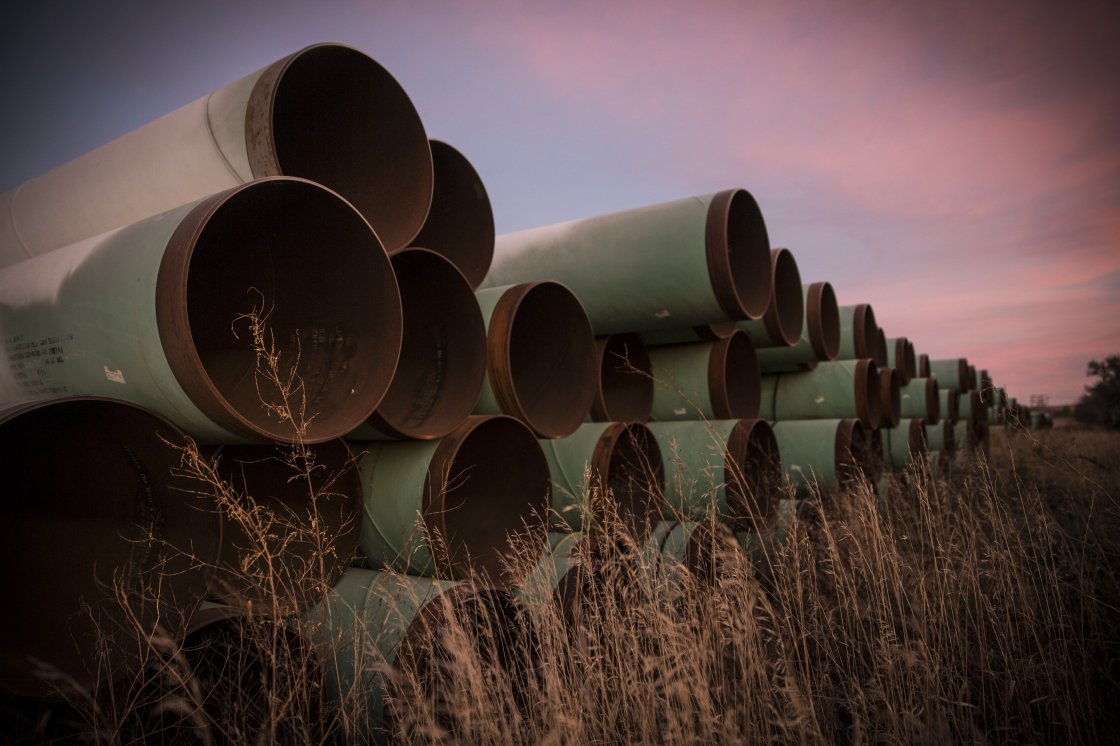 The Trump administration plans to rewrite decades-old regulations to make it easier to build major infrastructure such as pipelines, which would have the effect of relaxing government efforts to fight the climate crisis.

Trump and administration officials said the changes are necessary to speed up approval for needed infrastructure projects.

“These endless delays waste money, keep projects from breaking ground and deny jobs to our nation’s incredible workers. From day one, my administration has made fixing this regulatory nightmare a top priority,” Trump said at the White House.

The proposal would set time limits on environmental assessments and changes what impacts must be considered, two significant moves that could make it easier to approve projects.

Agencies will no longer have to consider “cumulative” effects of new infrastructure under the new rule, which courts have interpreted as a mandate to study effects of emitting more greenhouse gas emissions, according to The New York Times and The Washington Post, which reported the proposals earlier Thursday. That includes the impacts of climate change, including rising sea levels.

The new regulations are guaranteed to face legal challenges from environmental groups.

“Today’s action is nothing more than an attempt to write Donald Trump’s climate denial into official government policy,” said Sierra Club Executive Director Michael Brune in a statement. “Communities across the country are already feeling the effects of climate change, but rather than protect them, Trump is pulling out all the stops to silence their voices and further prop up his corporate polluter friends.”

In a statement issued on January 1, Trump argued that the “environmental review process designed to improve decision making has become increasingly complex and difficult to navigate.”

Trump, who once asserted that climate change was “created by and for the Chinese in order to make U.S. manufacturing non-competitive,” has taken significant steps to reverse Obama-era environmental protections.

Since taking office, Trump fulfilled a campaign promise to leave the Paris climate accord in 2017. In 2018, when Trump’s own administration released a report warning against the potentially catastrophic impact of climate change, he said he didn’t believe it. And the administration overhauled emission regulations for coal-fired power plants in 2019.

“In the last 40 years, we’ve gone backwards, and your actions are changing that,” Interior Secretary David Bernhardt told Trump at the White House announcement.

What the regulatory changes mean for climate

Senior administration officials said on a call with reporters arranged by the White House Thursday morning that they hope to make the process for projects evaluated under NEPA shorter and more efficient. There will be a two-year deadline for reviews of major projects, and one year for smaller ones.

Mary Neumayr, chair of the Council on Environmental Quality, told reporters that “implementation of NEPA has become increasingly complex and time consuming for federal agencies, state, local and tribal agencies, project applicants and average Americans, seeking permits or approvals from the federal government.”

The issue of how climate change impacts are considered in environmental reviews has been a matter of controversy in recent years, especially on projects related to oil and gas production, including pipelines such as the Keystone XL.

Environmental activists and others have used NEPA to delay or block infrastructure and drilling projects, like the Keystone XL pipeline. In 2018, a federal judge halted construction of the pipeline, finding that the US government’s use of a 2014 environmental review to justify issuing a presidential permit for construction of the cross-border pipeline violated NEPA, among other laws.

Neumayr said the proposal is “simplifying the definition of environmental effects and clarifying that effects must be reasonably foreseeable and require a reasonably close causal relationship to the proposed annuity.”

The impacts of increased greenhouse gas emissions and the climate crisis, however, can be a longer-term issue and the length of anticipated impacts can affect whether a project is approved or not.

The proposal “would not exclude the consideration of greenhouse gas emissions in NEPA analyses,” Neumayr said, but the Obama-era ruled had required it.

Bernhardt said senior managers were not reading the environmental evaluations because they were too long.

“These documents were often hundreds and even thousands of pages long. And given that the purpose of NEPA is to ensure we make an informed decision, when I asked our senior managers if they were reading these long documents that were several thousand pages long, they said emphatically, ‘No,’ which does not serve the purpose of NEPA,” Bernhardt said on the phone call.

US Chamber of Commerce CEO Tom Donohue praised the changes.

“Too often, the current rules are used as a tool to obstruct important projects, such as highways, bridges, public transit and even renewable energy projects,” Donohue said in a statement.

“The President is a builder,” said Rep. Sam Graves, a Missouri Republican. “He knows firsthand how slow, inefficient, and costly the federal review and permitting processes can be for projects both large and small.”

There will be a 60-day comment period after the proposal is published Friday in the Federal Register, Neumayr said.

The Center for Biological Diversity called the new regulation a “gift” from Trump to the fossil fuel industry and warned that the changes will “threaten critical safeguards for air, water and wildlife.”

“Forcing federal agencies to ignore environmental threats is a disgraceful abdication of our responsibility to protect the planet for future generations.” Brett Hartl, government affairs director at the Center for Biological Diversity, said in a statement.