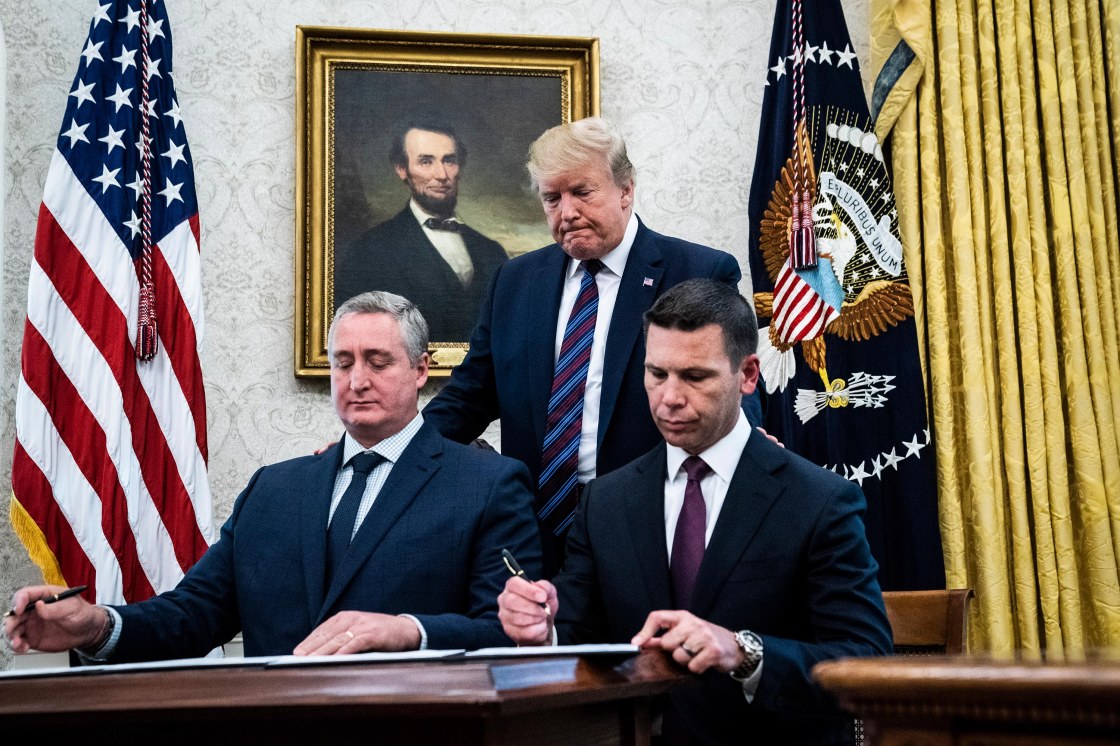 The first major lawsuit was filed Wednesday challenging the Trump administration’s policy of deporting asylum seekers outside of the US, saying people are being placed into extreme danger and are being sent to countries where there is “virtually no chance they will find refuge.”

The lawsuit, filed in federal court in Washington, DC, was brought by the American Civil Liberties Union and other human and immigrant rights groups on behalf of two nonprofit organizations and six migrants who were flown to Guatemala after arriving in the US to seek asylum.

“The administration is illegally trying to turn away asylum seekers and pass the buck to other countries that can’t protect them,” said Katrina Eiland, an attorney with the ACLU’s Immigrants’ Rights Project.

Last year, the administration struck accords with Guatemala, Honduras and El Salvador paving the way for the US to send asylum seekers to the Northern Triangle countries to apply for asylum there. The US, however, has only implemented its agreement with Guatemala.

The accords — similar to “safe third country” agreements — marked a significant shift in US asylum policy as migrants who may have a legitimate claim for asylum are sent to another country to make their case. Last November, the US sent the first migrant — a Honduran man — to Guatemala as part of the accord.

The lawsuit argues that the agreements and policy to enact the accords violate the Immigration and Nationality Act’s safe third country provision, as well as number of other statutes and the suspension clause of the US Constitution.

“For most asylum seekers, seeking protection in Guatemala is not an option,” the lawsuit states. “The country lacks a full and fair asylum processing system, and is often even more dangerous for migrants than it is for Guatemalans, who have fled the country in large numbers.”

Around 100 migrants have been sent to Guatemala to seek asylum there as a part of the agreement, acting Homeland Security Secretary Chad Wolf said last week.

One of those asylum seekers, a woman from Honduras, fled to the United States with her daughter after her husband and sister-in-law were extorted by local gangs and murdered one year apart from one another, according to the lawsuit.

In December, she arrived in the US with her daughter, but they were sent to Guatemala to claim asylum there, despite telling officials that she had been threatened while in Guatemala.

Once there she “learned that she had 72 hours to decide whether to stay in Guatemala and apply for asylum or return to Honduras,” the lawsuit states.

She returned temporarily to Honduras, feeling she had no means to remain safe or support herself in Guatemala, according to the suit.

Earlier this month, administration officials said the US would start deporting some Mexican asylum seekers to Guatemala in an expansion of the policy. The government of Mexico immediately rejected the plan, saying it will work to “offer better options to Mexicans that could be affected by this provision.”

Administration officials have touted the program as a success, arguing it has helped reduce the flow of migrants to the US border and will expand the region’s ability to offer humanitarian protections.

Last week, Wolf said the details of the deal with Honduras were finalized and it was close to implementation.