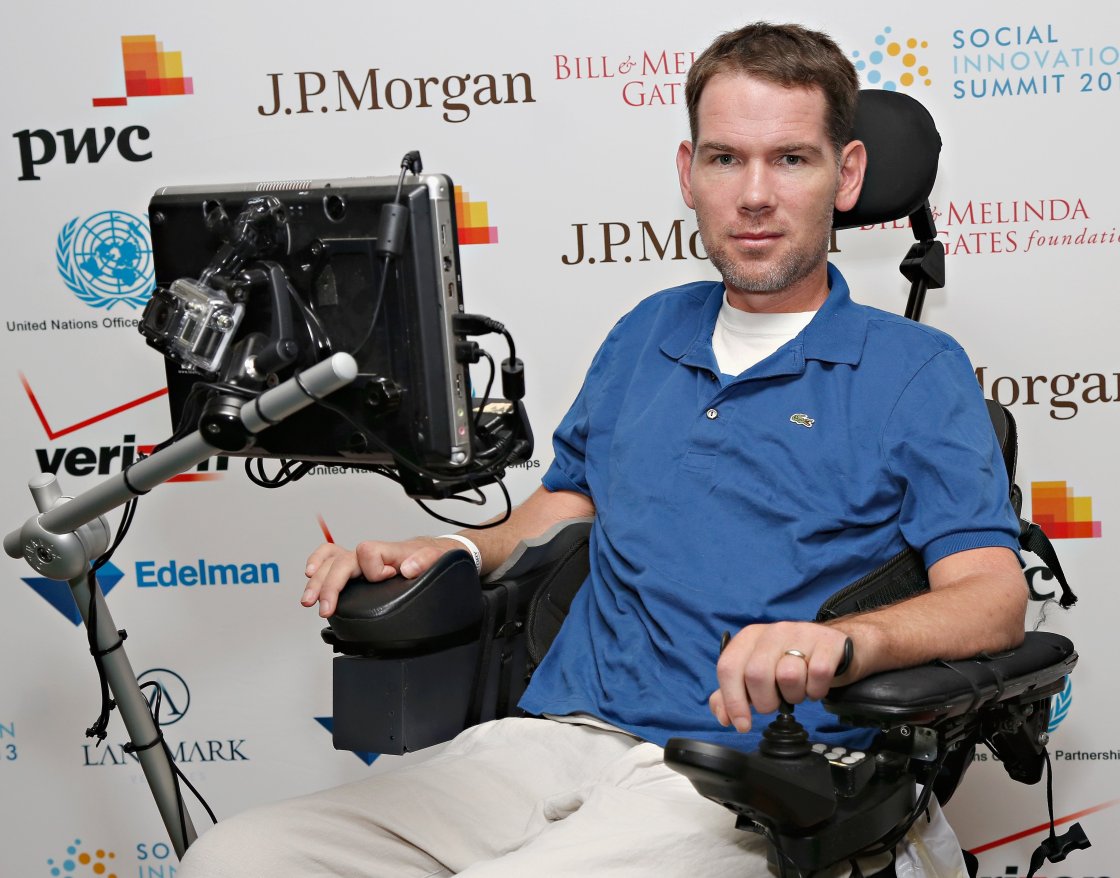 Former New Orleans Saints safety Steve Gleason is being awarded the Congressional Gold Medal on Wednesday for his work with amyotrophic lateral sclerosis (ALS), a disease he was diagnosed with in 2011.

“Talk about feeling undeserving!” Gleason, 42, said in a statement. “The list of past winners is filled with enlightened and powerful giants of humanity. It’s ridiculously overwhelming. I am honored and accept the Congressional Gold Medal for all the families who have been diagnosed with ALS, as well as anyone struggling to overcome life’s inevitable adversities.”

Gleason will get the medal during a ceremony in Washington. Other recipients of the award since it its inception in 1776 include Mother Teresa, Martin Luther King Jr., Pope John Paul II and the Navajo Code Talkers, congressional records show.

ALS, also known as Lou Gehrig’s disease, was named after the former baseball legend. It is a progressive neurodegenerative disease that impacts motor neurons in the brain and spinal cord, according to the ALS Association.

Those affected by the disease may lose the ability to speak, eat, move and even breathe. There is currently no cure.

Gleason played six seasons for the New Orleans Saints. In 2006, he famously blocked a punt in the team’s first home game after Hurricane Katrina. His effort, against the rival Atlanta Falcons, became a symbol of the city’s recovery after the storm.

After his ALS diagnosis, Gleason started the Team Gleason foundation to lend support for those with the disease and to raise awareness while attempting to find a cure, according to the Stephen Michael Gleason Congressional Gold Medal Act.

Gleason and his wife, Michel, have a son, Rivers.