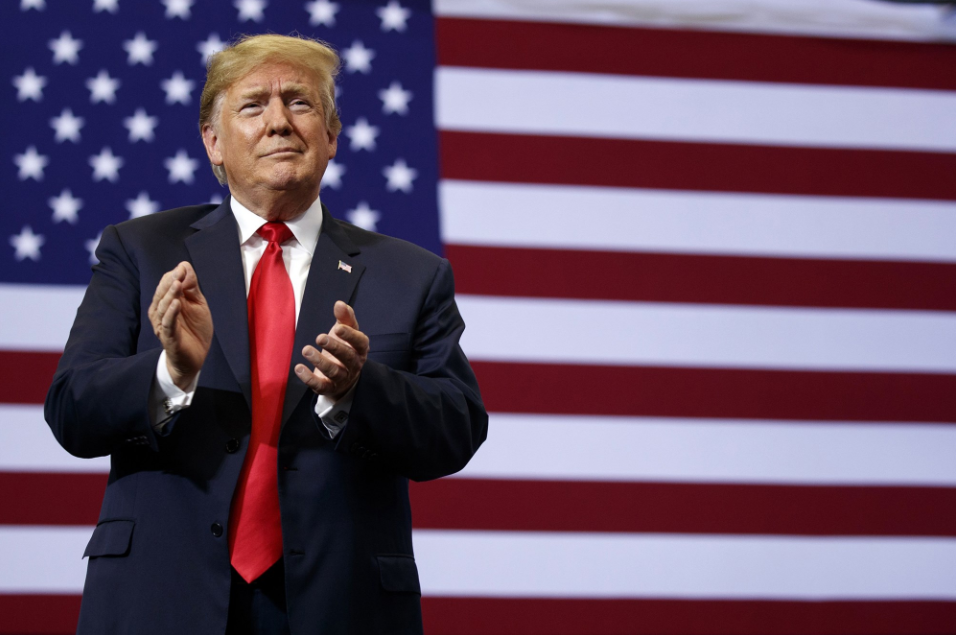 The Government Accountability Office says the Trump administration broke the law when it withheld US security aid to Ukraine last year that had been appropriated by Congress — an issue at the center of the impeachment of President Donald Trump.

The GAO, a nonpartisan congressional watchdog, said in a decision issued Thursday that the White House budget office violated the Impoundment Control Act, a 1974 law that limits the White House from withholding funds that Congress has appropriated.

The Office of Management and Budget told the GAO it “withheld the funds to ensure that they were not spent ‘in a manner that could conflict with the President’s foreign policy,'” said Thomas Armstrong, the GAO’s general counsel.

“Faithful execution of the law does not permit the President to substitute his own policy priorities for those that Congress has enacted into law,” the GAO wrote. “OMB withheld funds for a policy reason, which is not permitted under the Impoundment Control Act. The withholding was not a programmatic delay. Therefore, we conclude that OMB violated the ICA.” 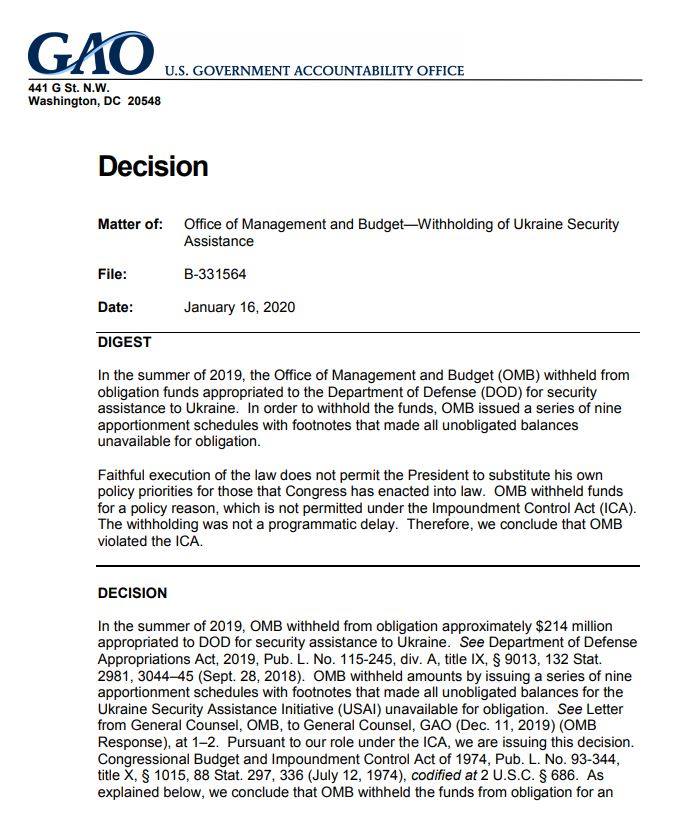 The decision will add fuel to the Democratic allegations that Trump’s conduct ran afoul of the law when the his administration withheld $400 million in security aid to Ukraine while the President and his team pushed Ukraine to open an investigation into the President’s political rivals.

The GAO decision comes as the President’s Senate impeachment trial is set to begin on Thursday, with Senate Democrats pushing for Republicans to allow additional witnesses and documents to be considered during the trial.

“This bombshell legal opinion from the independent Government Accountability Office demonstrates, without a doubt, that the Trump Administration illegally withheld security assistance from Ukraine. The publicly available evidence also shows that the President himself ordered this illegal act,” Sen. Chris Van Hollen, a Maryland Democrat, said in a statement. “The GAO’s independent findings reinforce the need for the Senate to obtain all relevant documents and hear from key fact witnesses in order to have a fair trial.”

“OMB uses its apportionment authority to ensure taxpayer dollars are properly spent consistent with the President’s priorities and with the law,” Semmel said.

The White House budget office notified federal agencies that the Ukraine aid was being withheld at the direction of the President on July 18, 2019, according to testimony from the House’s impeachment inquiry. The aid was formally withheld on July 25, when OMB official Michael Duffey, a political appointee, took over the decision from Mark Sandy, a career budget official.

The hold on the aid was extended nine times until a decision on September 11 to release it, which came as Congress was ramping up investigations for the delay and after a whistleblower report had been filed alleging that the aid was being withheld by the President as he sought for Ukraine to investigate former Vice President Joe Biden and his son Hunter, even though there’s no evidence that either broke the law.

The White House budget office told the GAO that the money was withheld because they were reviewing the programs, meaning the delay wasn’t subject to the Impoundment Control Act. But the GAO rejected that argument.

“OMB asserts that its actions are not subject to the ICA because they constitute a programmatic delay,” GAO wrote. “OMB further argues that because reviews for compliance with statutory conditions and congressional mandates are considered programmatic, so too should be reviews undertaken to ensure compliance with presidential policy prerogatives. OMB’s assertions have no basis in law.”

House Appropriations Chair Nita Lowey of New York said that the GAO “confirmed what congressional Democrats have understood all along: President Trump abused his power and broke the law by withholding security assistance to Ukraine.”

“Given that this illegal conduct threatened our security and undermined our elections, I feel even more strongly that the House has chosen the right course by impeaching President Trump,” Lowey said in a statement.