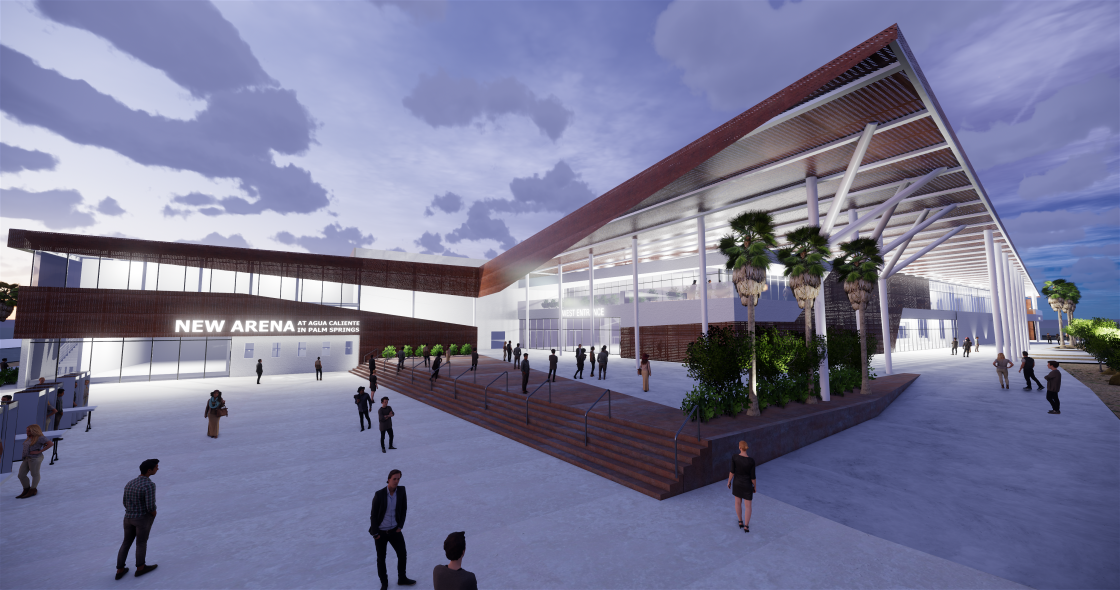 The Palm Springs police and fire department estimate it will cost millions of dollars to be ready for the 10,000 seat downtown arena, so far, it is unclear if the Agua Caliente Tribe and its business partners will pay for the public safety costs or it will be the city who will eat the cost.

The City of Palm Springs has several large scale festivals and events that draw thousands but the sports arena is a whole new challenge, a challenge that will not be cheap for the public safety departments.

The Police Chief, Bryan Reyes, said there are no local comparisons for the magnitude of this project.

Reyes said, “It’s an absolute game-changer that coupled with the bars being open later in the coming years and the city of Palm Springs is eligible to consider that.”

In the last decade, Palm Springs has surged in popularity attracting thousands to festivals like Splash House, the White Party, and many others.

However, in an arena at capacity with 11,000 people, there is no comparison for the city.

Reyes said, “The mass of people exiting the venue at one time in downtown I can’t think of any other venue out in this valley that’s right in the heart of downtown that we could compare to.”

The department used the arena in Ontario to estimate its public safety needs, from traffic control to crime prevention, but still unclear is who will pay for the rising costs.

“I have been in communication with the tribal chairman and he’s assured me that he is not just going to turn a blind eye to the public safety he will come to the table,” Reyes said. “We need to do whatever we can to prevent the potential fear of crime in the city because once that is understood and people are scared to come here that will be damaging for many years and take a long time to recover.”

What’s needed in that spread is about $2.4 million to expand the Palm Springs police presence to meet the safety needs of the arena.

The police chief recommends the hiring of one police lieutenant, one sergeant, eight police officers, two community services officers, plus equipment for each officer that includes two motorcycles and six patrol vehicles.

On top of the PSPD, the Palm Springs Fire Department is also requesting $5 million for more personnel and equipment, plus another $12-to-$15 million to rebuild fire station one to fit all of the new additions.

The Oak View Group is in charge of negotiating with the city on these public safety funds, NBC Palm Springs is awaiting their response.