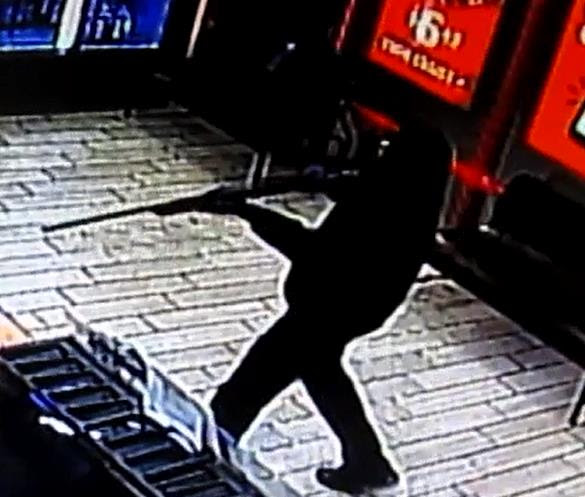 Police put out a call Thursday for the public’s help in their search for three men suspected of robbing a Little Caesars Pizza at gunpoint, leaving an employee injured.

Police received a call at 9:45 p.m. Sunday that three suspects had entered the business at 1717 E. Vista Chino with guns and demanded money, according to the Palm Springs Police Department.

One of the men struck an employee, causing a head injury of undisclosed severity, according to police, who said the robbers fled the scene with an undisclosed amount of cash.

A similar robbery occurred at another Little Ceasars Pizza location in Desert Hot Springs last October, but it’s not known if the heists are connected, investigators said.

Police released surveillance photos of the suspects, two of whom were described as black, 25 to 30 years old, about 5 feet, 9 inches to 5 feet, 10 inches tall and 160 pounds. Both were wearing hooded sweatshirts, and one of them was wearing an olive or tan hat.

The other suspect was described as Hispanic, 25 to 30 years old, 5 feet, 10 inches tall and 160 pounds, wearing a hooded sweatshirt and a blue bandana.

Anyone with information was urged to call the Palm Springs Police Department at 760-323-8129. To provide information anonymously, contact Crime Stoppers at 760-341-7867.