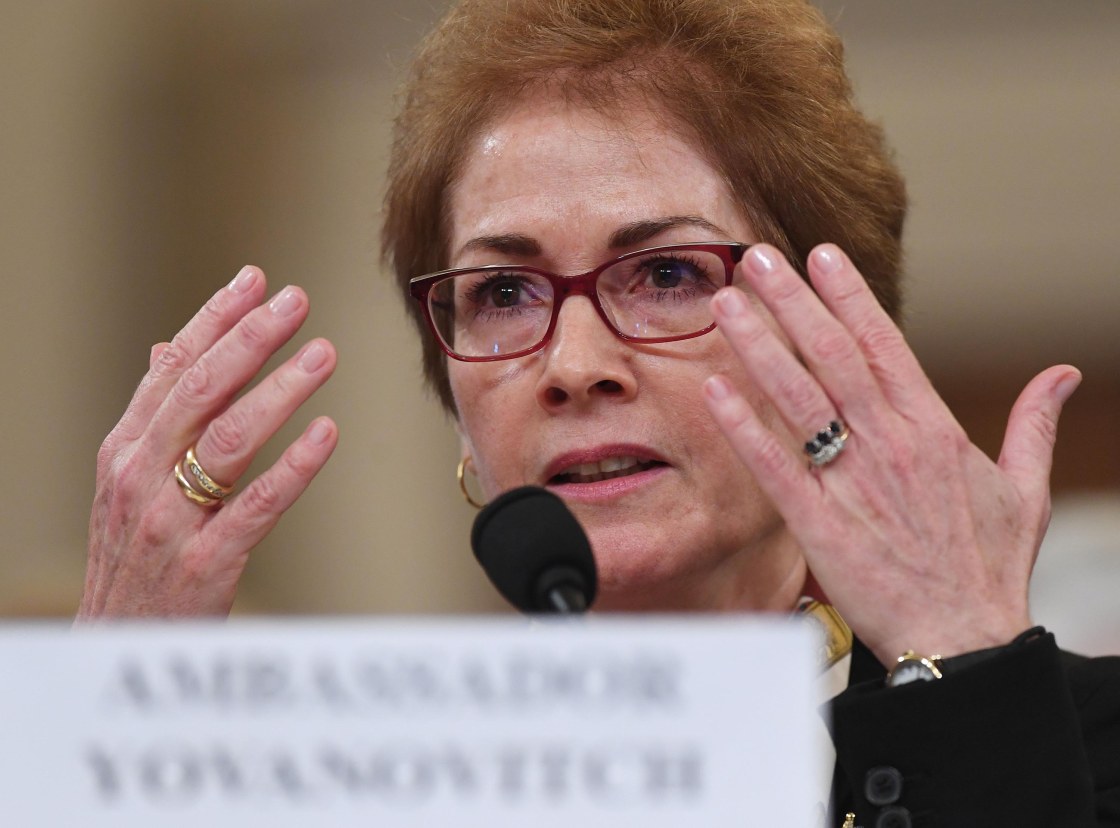 Police in Ukraine are investigating the possible surveillance of former US Ambassador Marie Yovanovitch, the country’s Interior Ministry announced Thursday.

The criminal investigation into possible spying on Yovanovitch is in response to the US House Intelligence Committee’s publication of notes suggesting she was illegally spied on in Ukraine, the ministry said.

Texts released earlier this week by House Democrats that were turned over to them by indicted Rudy Giuliani associate Lev Parnas show Connecticut Republican congressional candidate Robert Hyde berating Yovanovitch and suggest he was monitoring her while she was in Kiev and relaying her movements to Parnas. Hyde declined to comment to CNN when asked if he had surveilled Yovanovitch, who served as a key witness in the House impeachment probe into President Donald Trump.

The US State Department has not responded to multiple inquiries from CNN about the potential surveillance of Yovanovitch and whether it will open its own investigation.

However, chairman of the House Foreign Affairs Committee, Rep. Eliot Engel, wrote in a letter Wednesday his staff had received a personal commitment from Assistant Secretary of State for Diplomatic Security Michael Evanoff that the department would open an immediate investigation into the matter.

A House Foreign Affairs Committee aide confirmed to CNN Thursday the State Department told staff that it would open an investigation.

“Ukraine’s position is not to interfere in the domestic affairs of the United States of America. However, the published records contain the fact of possible violation of the legislation of Ukraine and the Vienna Convention on Diplomatic Relations, which protects the rights of a diplomat in the territory of another country,” a ministry statement said.

“Ukraine cannot ignore such illegal activities on its territory. After analyzing these materials, the National Police of Ukraine upon their publication started criminal proceedings,” the statement said.

Thursday’s announcement comes two days after the former ambassador called for an investigation into the “disturbing” notion that she was under surveillance from Parnas and Hyde.

“Needless to say, the notion that American citizens and others were monitoring Ambassador Yovanovitch’s movements for unknown purposes is disturbing,” said Lawrence S. Robbins, Yovanovitch’s attorney, in a statement. “We trust that the appropriate authorities will conduct an investigation to determine what happened.”

Yovanovitch, who was recalled from her post in Kiev in May 2019 after a smear campaign led by Trump’s allies, has been repeatedly maligned by Trump. He told his Ukrainian counterpart in July 2019 that she was “going to go through some things,” according to a rough White House transcript of the presidents’ conversation — a message Yovanovitch said she found threatening. In her public testimony last year as part of the impeachment probe, Yovanovitch called on State Department leadership to do more in the face of the attacks on her and her fellow foreign service officers.