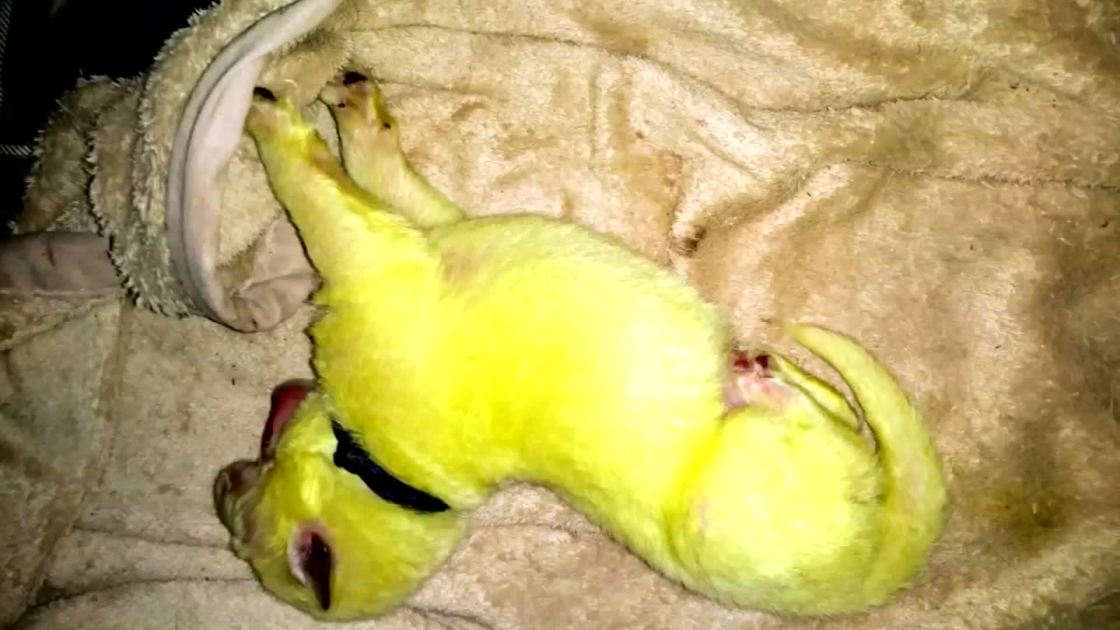 Dog gives birth to a green puppy, now named ‘Hulk.’ Here’s the science behind it

When a North Carolina family’s beloved dog went into labor, everything seemed to be going well. That is until one of her puppies came out green.

“I knew it wasn’t harmful, but I still had to look it up again to make sure,” owner Shana Stamey told CNN affiliate WLOS.

The family was confused, but had a good sense of humor about it.

They named him Hulk.

Suzanne Cianciulli, a veterinarian technician who manages the nearby Junaluska Animal Hospital, said there was a very simple explanation for Hulk’s color: poop.

“Each puppy is located within their own sac in the uterus, and the sac is full of fluid,” Cianciulli told CNN. “If they have meconium in that sac, it will actually stain their fur.”

Meconium is an infant mammal’s first stool. The color is temporary and goes away as the puppy gets bathed or cleaned by the mother.

Most puppies aren’t born green, but it does happen from time to time, said Cianciulli. If a puppy has dark fur, it might not even be noticeable.

As for a puppy’s health, there are only negative ramifications if it ingests the meconium or spends too much time in it. Fortunately, that wasn’t the case with Hulk.

He and his seven siblings are doing well, and will be adopted by loving families once they’re old enough, said Stamey.