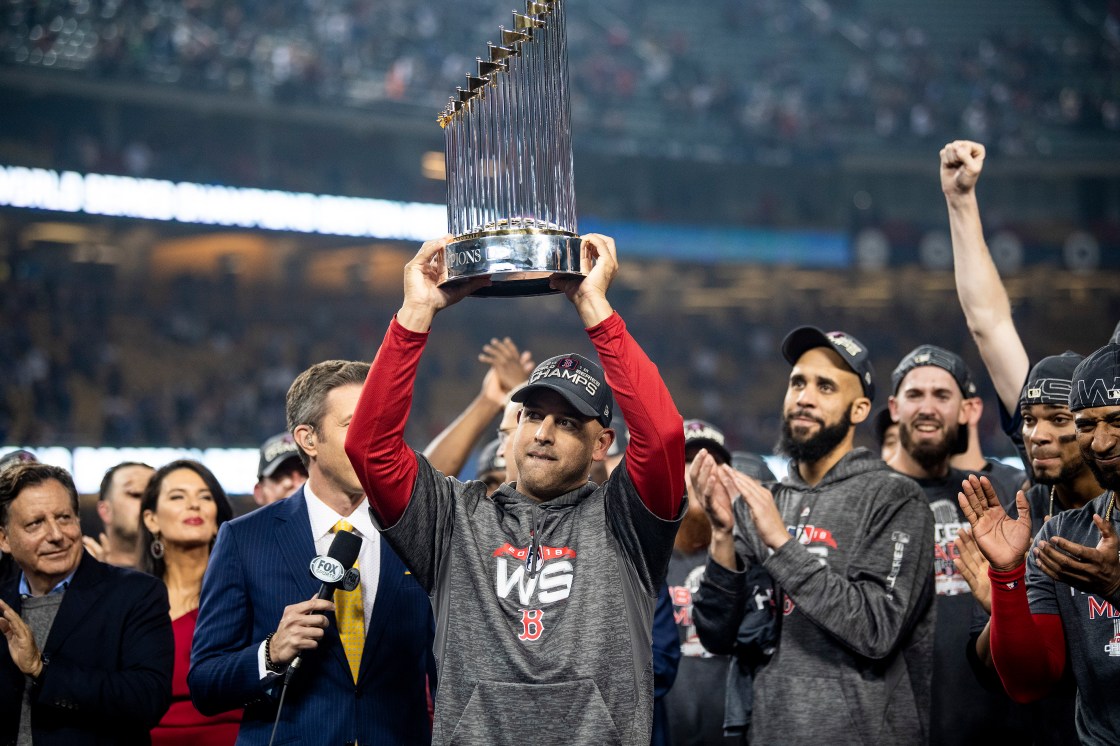 The Los Angeles City Council passed a resolution Tuesday urging Major League Baseball to revoke the World Series titles from the Boston Red Sox and the Houston Astros and award them to the LA Dodgers instead.

The council’s move comes one week after MLB found that the Houston Astros cheated during their 2017 championship season by creating a system that decoded and communicated the opposing teams’ pitching signs.

The Astros’ manager and general manager were suspended as a result. The Boston Red Sox are also being investigated for similar cheating accusations.

“We don’t know whether (the Dodgers) would have won or lost in a fair fight. But we know they were cheated out of a real shot at a championship. This country needs to receive a message that cheating is not OK,” said Councilman Paul Koretz, one of the authors of the resolution.

“We want it to be clear that this city spoke up for its team,” echoed Councilman Gil Cedillo, the other author of the resolution. “Cheating is not OK. Let’s play ball. Let’s go Dodgers.”

Before the vote, Councilman Bob Blumenfield said the motion went too far in saying the title should be awarded to the Dodgers. “We should focus on the 2020 season,” Blumenfield said.

Yet, “at minimum, stolen titles should be stripped,” Koretz said. “The history books need to reflect that the Houston Asterisks and the Boston Black Sox each lost their World Series for cheating.”

MLB Commissioner Rob Manfred told Fox Business on Wednesday the league hasn’t concluded its investigation into the Red Sox or the Dodgers.

“It’s a little hard to take the trophy away from somebody who hasn’t yet been found to do something wrong. We don’t know what the outcome of that is going to be,” Manfred said about the Red Sox.

Manfred also said it’s unclear what would have happened if the Astros’ sign stealing did not happen.

The league will be transparent with fans about the investigation, Manfred said.

“I think the answer from our perspective is to be transparent about what the investigation showed and let our fans make their own decision about what happened,” he said.

In a shameful fall from baseball’s highest honor, the Astros and Red Sox are accused of cheating their way through their championship seasons. MLB’s investigation into the Astros found that employees in the Astros’ video replay review room used the live game feed from the center field camera to decode and transmit opposing teams’ sign sequences to use when an Astros runner was on second base.

The Red Sox are also accused of using the video replay room during regular-season games to decipher the signs of opposing catchers, according to The Athletic, which cited three unnamed sources.

While it’s not illegal to “decode” signs, it is impermissible to do so using electronic equipment.

Linking the two embattled teams is Alex Cora. He was the bench coach for the Astros in 2017 and he managed the Red Sox to their World Series title in 2018.

MLB’s investigation into the Astros’ cheating revealed that Cora arranged for a video room technician to install a monitor displaying the center field camera feed outside the Astros dugout.

After being implicated in the Red Sox scandal, Cora announced last week that he and the Red Sox “mutually agreed to part ways.”