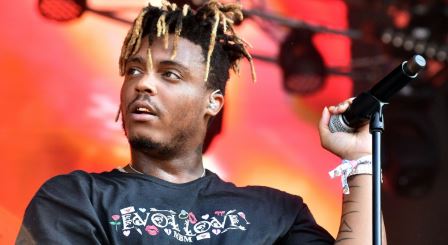 The medical examiner determined the rapper’s manner of death to be an accident.

The rapper, whose real name is Jarad Anthony Higgins, suffered a medical emergency shortly after arriving at Chicago’s Midway International Airport in early December, Chicago police spokesman Anthony Guglielmi told CNN at the time. The entertainer, 21, died at a hospital, according to police.

The day Juice died, Chicago police were called to the airport to assist federal authorities “in regards to a private jet arriving at the airport which contained a large amount of narcotics,” police said in a statement. The plane’s occupants were found inside the airport with two loaded luggage carts, the statement said.

A search of the luggage found 41 bags of what was suspected to be marijuana, six prescription bottles of suspected liquid codeine and three firearms, the police statement said.

None of the plane’s occupants claimed ownership of the luggage, police said.

The rapper had a seizure during the search, police said, and a Homeland Security officer administered Narcan to the victim. Narcan is used to reverse the effects of an opioid overdose.

Artists from Nicki Minaj to Sting paid homage to Juice immediately after his death.

The rapper’s girlfriend, Ally Lotti, honored him at the Rolling Loud music festival in Los Angeles a week after his death.

“He wants everyone to know that you need to take any negative thing in your life, he would tell you every time he saw you, and change that to a positive situation. Change that to 999. You gotta keep that in your heart. Can everyone say ‘999?'” she said on stage.

For Juice WRLD, 999 was significant. He recognized it as the opposite of 666, and represented overcoming negativity.

The rapper’s label, Interscope Records, said in a statement he “made a profound impact on the world in such a short period of time.”

“He was a gentle soul, whose creativity knew no bounds, an exceptional human being and artist who loved and cared for his fans above everything else,” Interscope’s statement read.

Juice signed to Interscope in March 2018 after scoring hits on SoundCloud with “Lucid Dreams” and “All Girls Are the Same,” according to Billboard magazine, which profiled the artist in last March.

SoundCloud says Juice WRLD was the most streamed, liked and reposted artist on its platform in 2018 and “Lucid Dreams” notched the most plays of any song in 2018.