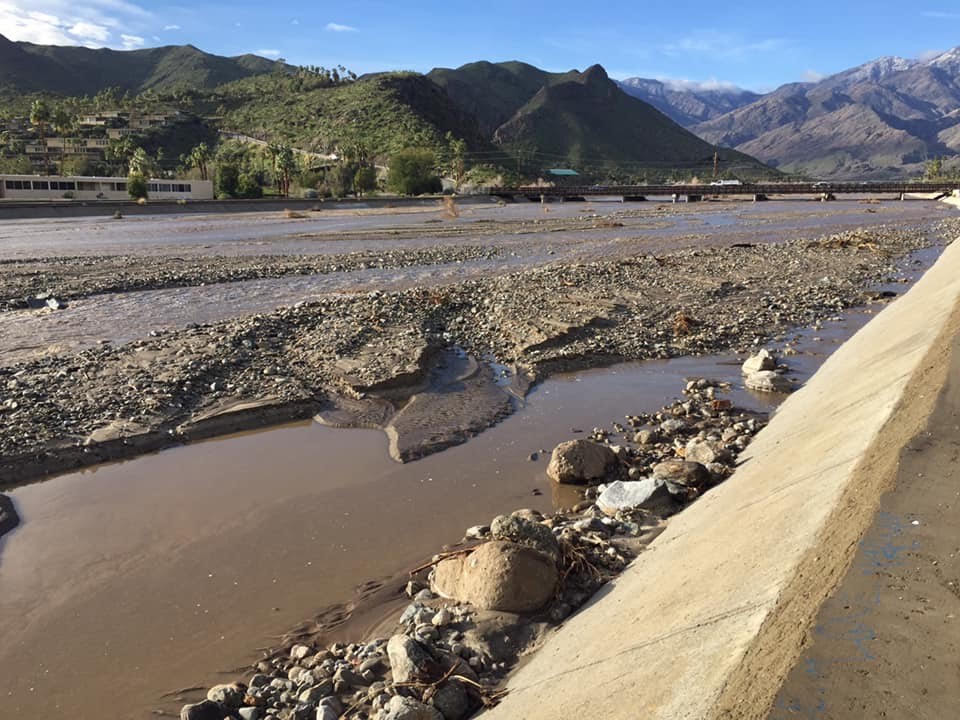 It’s been almost a year since the Valentine’s Day flood and the repairs are far from over. Work on the wash in Palm Springs has some folks dealing with crews digging up dirt on a daily basis.

One neighbor, John Dodd lives on Escoba and his front yard view is of trucks shoveling out dirt one after another.

While the situation is frustrating for houses in his neighborhood, he said the project is necessary.

It’s “okay” because the wash is necessary to keep the houses safe and to prevent the golf course from flooding. The waterway stretches from Gene Autry to Araby.

“This street was a lake,” Dodd said. “Literally there was six, eight inches of water in the street, on the street.”

When the water receded it left behind so much mud and debris the channel was choked. Work crews at the project said the project started in November and is ahead of schedule.

“Schedule was March 30th, they think they’ll be done by the first of March,” Dodd said.

Now, one problem has created another. The roads are cracking which is a project the city of Palm Springs will have to take on.

Several other repair efforts are in effective due to the Feb. 14 flood. Join NBC Palm Springs for our week-long series: One Year After the Flood.