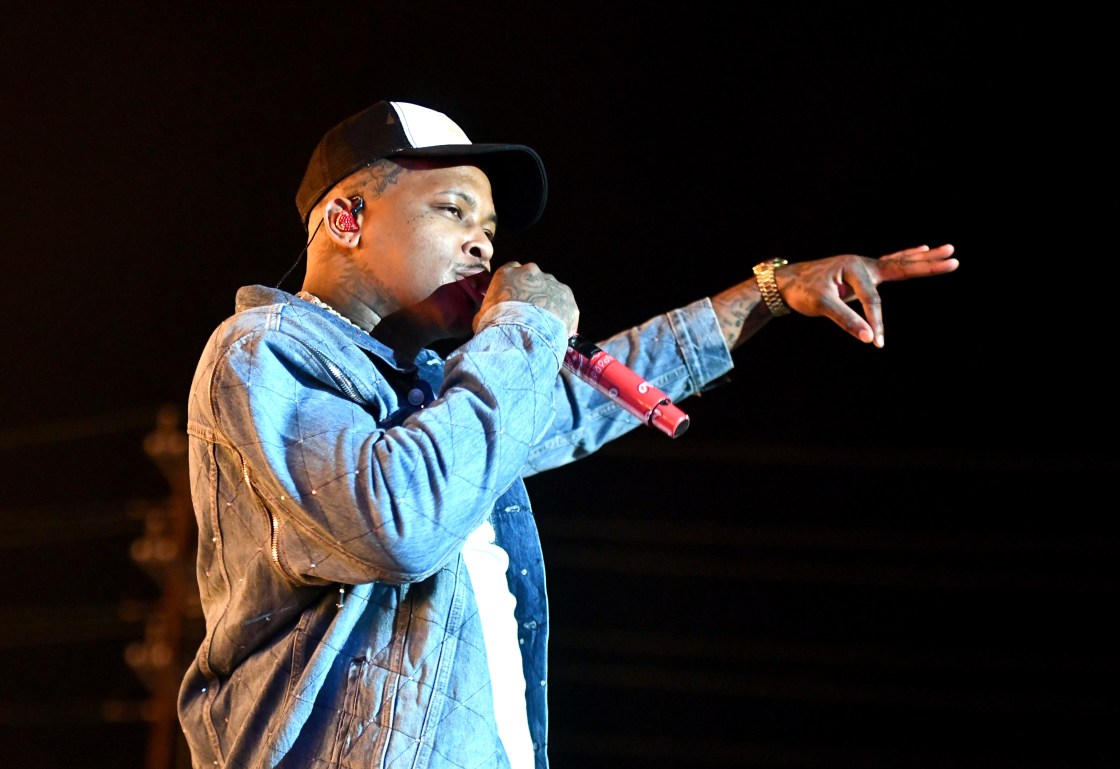 Rapper YG Arrested at Residence in Chatsworth on Suspicion of Robbery

Rapper YG was arrested by sheriff’s deputies serving a search warrant at a residence in Chatsworth Friday, and he was booked on suspicion of robbery, authorities said.

The 29-year-old rapper, whose real name is Keenon Jackson, was taken into custody after deputies went to the undisclosed address to serve the warrant about 4 a.m., said Deputy Maria Lucero of the Los Angeles County Sheriff’s Information Bureau.

Bail was set at $250,000, and Jackson was tentatively scheduled to appear in court in Compton on Tuesday, Lucero said.

According to TMZ.com, he was arrested at his home, but the sheriff’s department declined to confirm that.

“Of course, YG’s SUV was recently connected to a murder case,” TMZ reported. “We broke the story … the L.A. County Sheriff’s Dept. says it’s close to cracking the case, but has asked the public for an assist. As we told you, the rapper’s Escalade was involved in a high-speed chase back in July through L.A. streets — and it ended with someone in the vehicle shooting and killing a 65-year-old man on a bicycle.

“YG told us at the time … `I was nowhere near the scene of this incident and had been in a recording studio all day in Hollywood. I was there until after midnight on the Fourth of July and didn’t learn of these events until after they happened,”‘ TMZ reported.

It was unclear if Friday’s arrest was related to that case.

A couple of weeks after the shooting, a Hollywood Hills home leased by YG was raided and at least one person was arrested on a weapons charge, TMZ reported. The rapper was not present at the house during that raid.