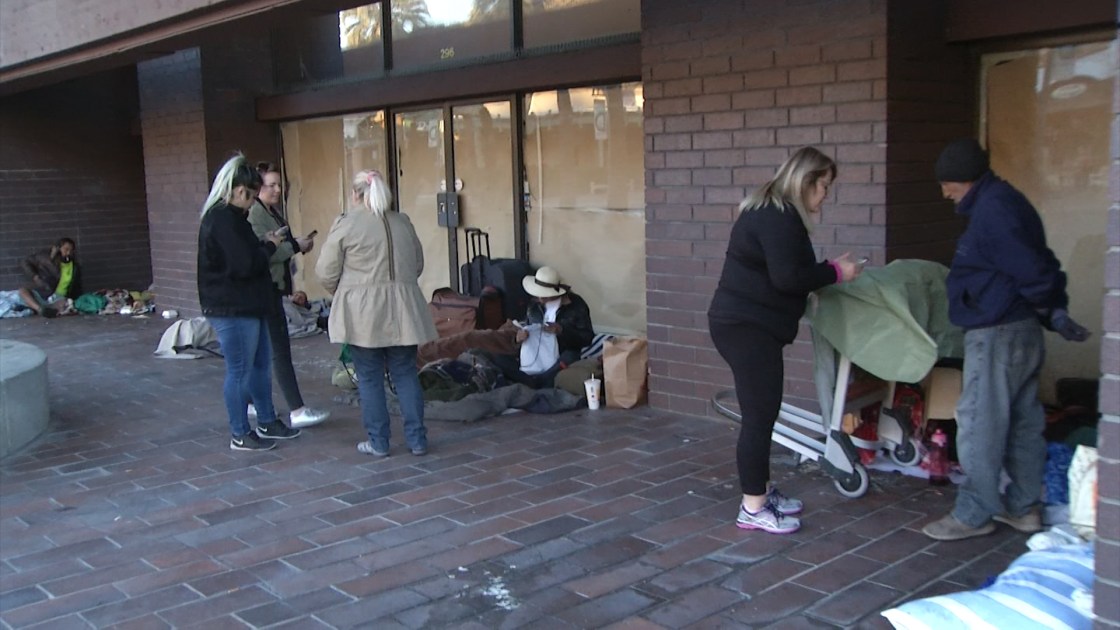 More than 100 volunteers were up with the sun and hitting the streets. The goal is to find and count each and every homeless person.

“Snapshot for those living on the street in their cars and abandon buildings,” said City Coordinator, Dale Cook.

From one site to the next.

“Saying good morning and greeting them appropriately they will more than likely talk to us,” said Volunteer, Cristina Kayvon-Pierce.

Every homeless person found was asked to take a short survey.

NAT Asking questions.”You have no children with you?”

Jesus Ramirez has been homeless for 20 years, he gladly took the survey hoping that it will prompt change.

“I believe its going to make it better for us homeless. Maybe help us with housing. Better stuff coming,” said Jesus Ramirez.

“There’s two types of people that are homeless. Those that are mentally ill and physically ill and handicapped, they just cant take care of themselves alone. Then there are other people that could be you or me and are just down on their luck,” said Dr.Katherine Sullivan.

This count is crucial to future funding.

“Funding decisions are made by numbers and so if you don’t have an accurate count and a lower number than reality then we are unlikely to get funding to help the people we most need to help,” said Mayor Geoff Kors.

Mayor Geoff Kors has been participating in the count for five years.

“I’m going to be making decisions about how we address homelessness and if I don’t talk to people who are living homeless then I don’t have the answers,” said Kors.