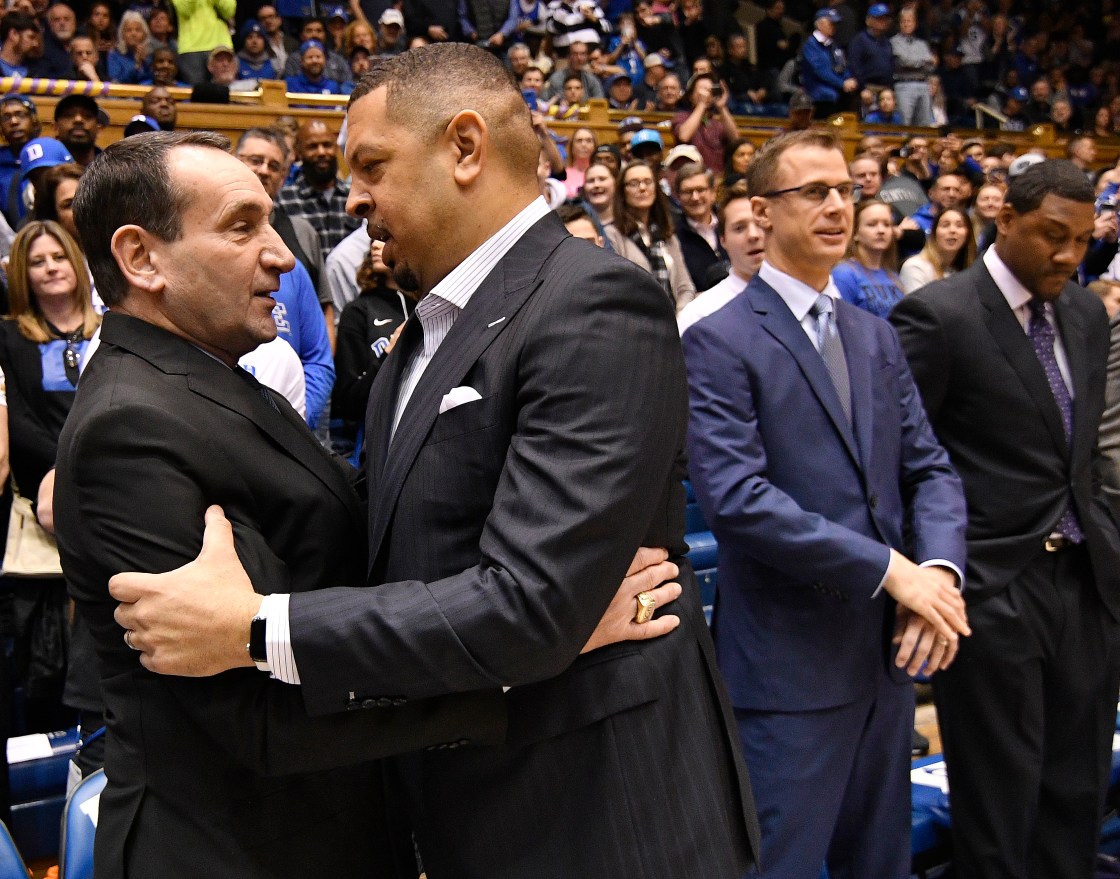 ‘Shut up!’ Duke’s Coach K yells at his own Cameron Crazies after chant during Pitt game

Duke basketball coach Mike Krzyzewski is apologizing, at least in part, to students after berating the Cameron Crazies fan section during the team’s game against the University of Pittsburgh.

Shortly before halftime of Tuesday night’s game, the fans began chanting at Pitt’s coach, “Jeff Capel, sit with us.” It’s a common tactic for the Crazies when a former Blue Devil visits Durham with another team.

Capel checks two boxes: He played guard for Duke in the 1990s and returned in 2011 to Durham, where he served seven years as one of Krzyzewski’s assistants.

This explains why with minutes left in the first half, Coach K lit into his fan base, yelling “Shut up!” multiple times as a referee tried to usher him back to his bench.

At the half, a clearly angry Krzyzewski continued to admonish fans, saying, “He’s one of us!” The Crazies appeared forlorn at being dressed down by the legendary skipper. He walked over to Capel later and appeared to apologize.

After the game, wearing a No. 8 T-shirt in honor of Kobe Bryant, who he coached on two Olympic gold medal-winning US Men’s National Teams, Krzyzewski said he didn’t hear the students’ chant, just Capel’s name. He said he was concerned the fans were taunting the opposition in the middle of a tight game (Duke would go on to win by 12).

“I thought it was something personal,” he said in video published by The News & Observer. “I apologize to the students for that. I don’t apologize for the timing. You shouldn’t say that in the middle of the first half of an (Atlantic Coast Conference) game. This isn’t some cutesy thing where we can just bounce a ball around and giggle. We’ve got to fight.”

Krzyzewski loves Capel, he said, and he overreacted upon hearing his protégé’s name.

“It’s a mistake on my part, but I’d rather make the mistake in protection of my guy,” he said. “Let’s think of a different cheer — like “Defense!” “Let’s Go!” “C’mon, Duke!” (beating the table rhythmically) “Let’s go, Duke!” — and leave the other guy alone.”