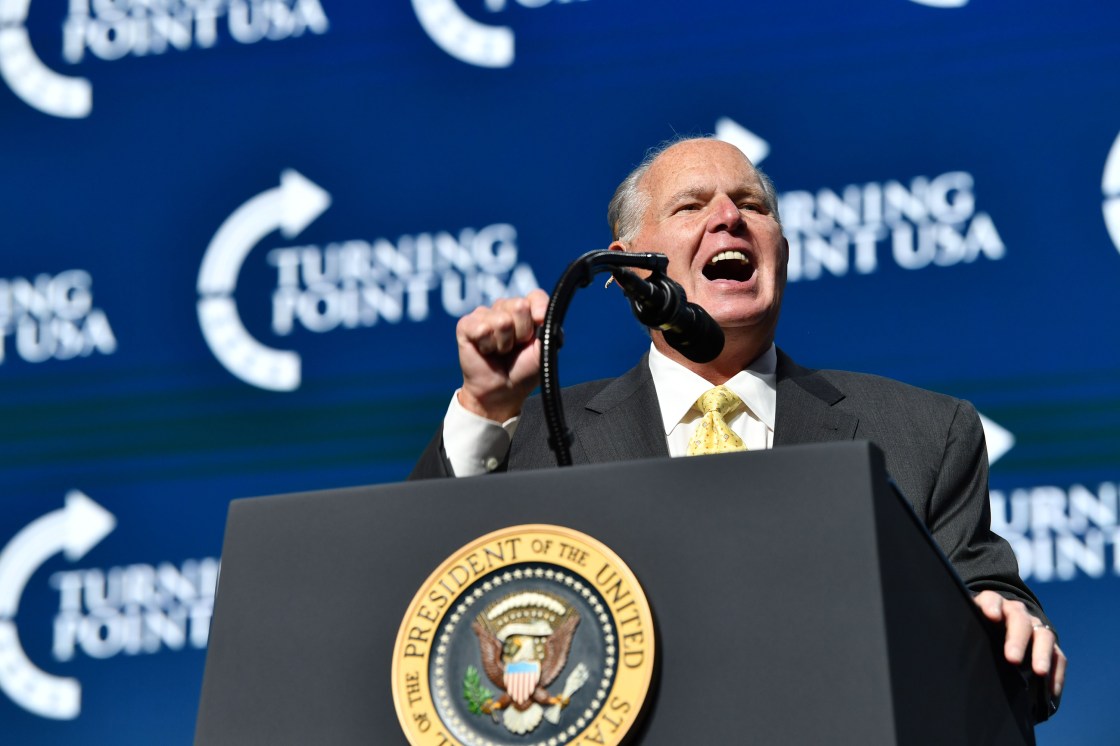 Rush Limbaugh says he has been diagnosed with advanced lung cancer

Rush Limbaugh, the most prominent political radio host in the United States, said Monday that he is beginning treatment for lung cancer.

Limbaugh, 69, told his radio audience Monday that he was diagnosed with an advanced stage of the disease. He said the diagnosis was confirmed on January 20.

Limbaugh has been hosting “The Rush Limbaugh Show” in national syndication for 31 years. He is a Republican party icon and a close ally of President Trump’s.

The president recently called Limbaugh “a major star who never wavered despite the Fake News Hits he has had to endure. His voice is far bigger than theirs!”

Limbaugh said at the end of Monday’s program that he plans to be off the air Tuesday and back on the air Thursday.

“My intention is to come here everyday I can and to do this program as normally and as competently and as expertly as I do each and every day, because that is the source of my greatest satisfaction,” Limbaugh said.

Limbaugh’s radio contract was due to expire later this year. He renewed his deal with the syndication company Premiere Radio Networks in early January.

“Rush is both a colleague and a dear friend, and we know he will handle the situation with courage and grace,” said Rich Bressler, the president of Premiere’s parent company iHeartMedia, in a statement. “We know millions of people nationwide join me and all of iHeart in wishing him a full recovery.”

His show “continues to be the most-listened-to national radio talk show in America,” Premiere said when he renewed.

Limbaugh’s fans expressed shock about the diagnosis on Monday afternoon.

“Say a prayer today for my fellow talker Rush @limbaugh who just announced he has lung cancer and will be undergoing treatment,” Lars Larson tweeted. “America needs his voice!”

Republican Congressman Mark Meadows tweeted Psalm 46:1 for Limbaugh. “Sending prayers to him, his family, and his show staff for the coming days ahead,” he wrote.