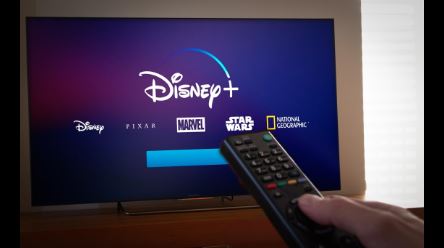 Disney+ has brought in nearly 30 million subscriber since its launch in November, the company reported on Tuesday.

Disney+’s growth has continued this year, and the service has 28.6 million subscriber as of Monday, Bob Iger, Disney’s CEO, said in an earnings call.

Disney+, which launched on November 12, is the company’s first foray into the streaming world. The service, which includes Disney’s deep content vault and an affordable price of $6.99 per month, is a major endeavor for the company and a shift in focus for its business overall. Disney has projected that Disney+ will have 60 million to 90 million global subscribers by 2025.

“We had a strong first quarter, highlighted by the launch of Disney+, which has exceeded even our greatest expectations,” Bob Iger, Disney’s CEO, said in a statement on Tuesday. “Thanks to our incredible collection of brands, outstanding content from our creative engines and state-of-the-art technology, we believe our direct-to-consumer services, including Disney+, ESPN+ and Hulu, position us well for continued growth in today’s dynamic media environment.”

Disney also reported that revenue at the company rose to $20.8 billion, a 36% increase compared to a year earlier. The number matched Wall Street’s expectations.

Both ESPN+ and Hulu likely saw a bump thanks to being a part of a streaming bundle alongside Disney+ for $12.99 a month.

Disney+ includes many of the company’s major brands including Marvel films, Disney animated classics and an original series set in the Star Wars galaxy, “The Mandalorian.”

The other major topic of discussion on Disney’s post-earnings call was how the company’s businesses could be impacted by the coronavirus going forward.

The company told investors that Disney could take a $175 million hit due to its China theme parks being closed because of the virus, assuming the parks are closed for two months.