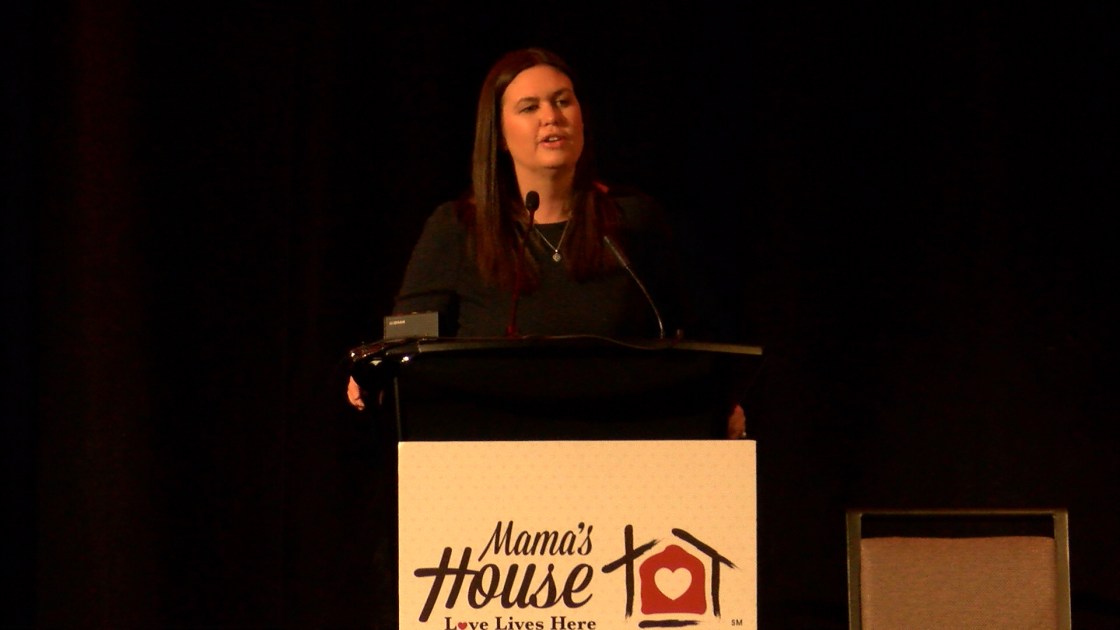 Former White House Press Secretary Sarah Huckabee Sanders was here in the Coachella Valley on Saturday. Sanders was the featured speaker at the 7th Annual HEARTbeat of Love Luncheon presented by Mama’s House, an organization that provides shelter for women in crisis pregnancies.

We spoke with organizers not only about today’s special guest. But also about a special announcement that Mama’s House has been promoting for quite some time. This year they announced big plans for the future and the women that they serve.

“This year is really special because we are going to announce that we have an expansion project in the planning phase,” explained Floyd Rhoades, Expansion Committee Chairman of Mama’s House.

That expansion project will include six to seven casitas with the ability to sleep, six people. Within three to five years the organization aims to serve up to 60 people on their campus. This year’s speaker, former White House Press Secretary Sarah Huckabee Sanders had a message of her own.

“Some of you probably know about me, certainly I think everybody knows my previous job, I was the former White House Press Secretary for Donald Trump and that was a job that I loved and was honored to have but fortunately for me, it’s actually not the most important job I’ve ever had, it’s not the most important title I’ve ever had. You see, one of the things you might know about me, I’m the third woman to ever hold that job, but I’m the very first mom,” exclaimed Sanders.

Sanders, who was introduced by her father who spoke at the event three years ago spent time at Mama’s House Friday learning about the organization.

“I’m not sure if Autumn is still here but what an incredible story, what an amazing story of resilience and an inspiration to every one of us,” added Sanders.

“Her dad was here, I think that had some influence on her knowing a lot about Mama’s house, and realizing what a great mission it is and she has a heart for children, “ said Rhoades.

Sanders is expected to attend a private VIP reception dinner this evening and as far as the expansion project, when completed they expect to have 50 beds compared to the 10 they have now.