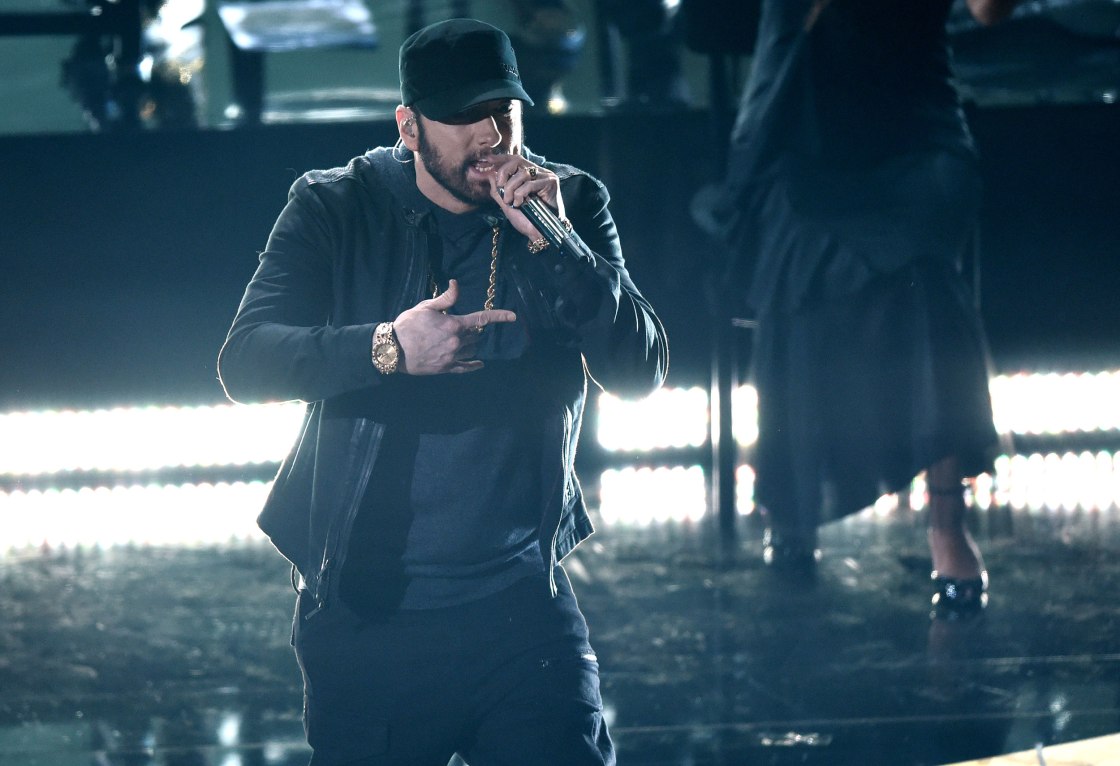 Lin-Manuel Miranda introduced a song medley at the 92nd Academy Awards, and it appeared it was just another compilation of songs in movies that have had an impact.

But then … Eminem came on stage to perform “Lose Yourself” and received a standing ovation from the crowd.

Although those at home seemed torn. Some took to Twitter to praise the performance and some were shaking their heads as to why he was there.

Either way, it was a moment.

Eminem himself took to Twitter to explain. “Look, if you had another shot, another opportunity… Thanks for having me @The Academy,” he wrote, adding, “Sorry it took me 18 years to get here.”

“Lose Yourself,” from the movie “8 Mile,” won the 2003 Academy Award for best original song, but the rapper did not attend that year’s ceremony.