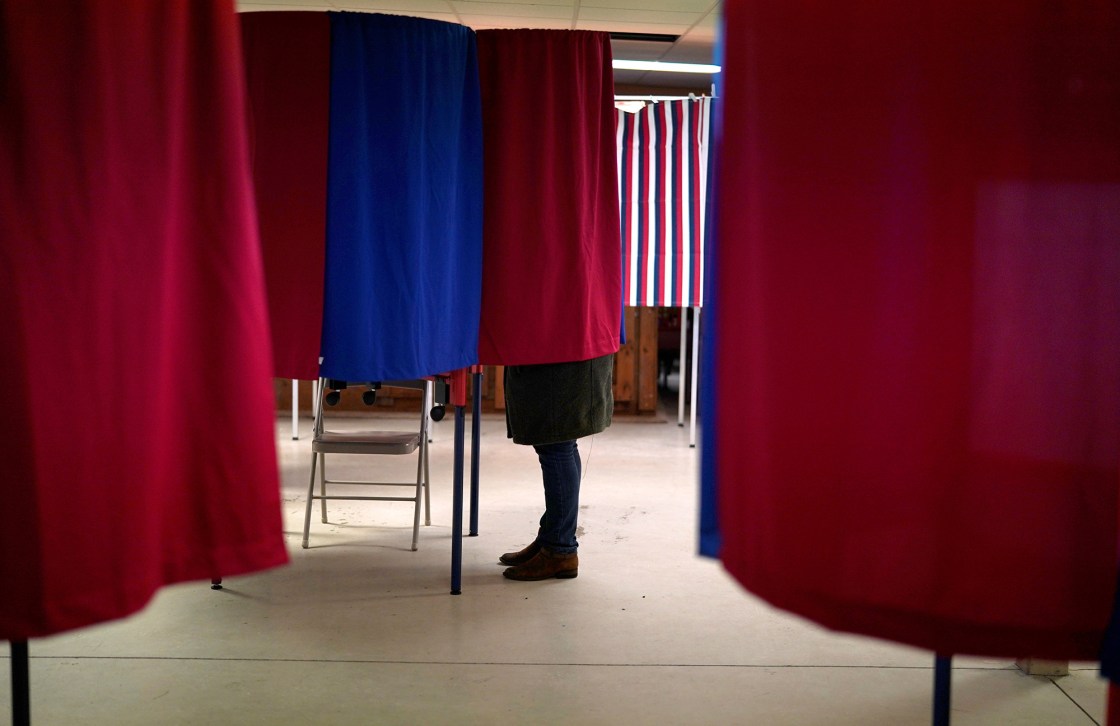 Democratic voters turning out for Tuesday’s New Hampshire primary say they are looking for a candidate who can beat President Donald Trump over one who agrees with them on the issues by a roughly 2-to-1 margin, according to early exit polls conducted for CNN.

Six in 10 Democratic voters in New Hampshire prioritize a nominee who can beat Trump. Yet Democrats seem split over what qualities a candidate ought to have.

Still, more than 8 in 10 who voted today say they plan to vote for the Democratic nominee in November regardless of who it is, while just 1 in 8 say they won’t.

The electorate is very angry about the Trump administration, with eight in 10 saying so. Only one in seven say they’re dissatisfied and significantly fewer Democrats are enthusiastic or satisfied.

Almost six in 10 say that impeachment hasn’t made any difference in Trump’s reelection chances, while one in five say it has hurt him, and fewer say it has helped.

About 6 in 10 who turned out to vote in today’s primary say they only made up their minds since the beginning of February, including nearly half who say they decided on their candidate just in the last few days.

About half overall say the most recent debate — held in New Hampshire on Friday night — was an important factor in deciding their vote for president.

Turnout was expected to be high heading into the primary. According to the most recent CNN tracking poll conducted by University of New Hampshire, 74% of adults in New Hampshire said they were extremely or very interested in the 2020 primary election and a similar three-quarters said they would definitely vote.

The eventual Democratic nominee for president has taken first or second place in the New Hampshire primary in every race since 1968.

About 4 in 10 Democratic voters going to the polls in New Hampshire’s first-in-the-nation primary said health care was the most important issue in determining their vote. Climate change followed, with about 3 in 10 naming it their top concern. About 2 in 10 rated income inequality as tops and 1 in 10 named foreign policy.

Support for a Medicare-for-All-style health care plan, where a single government plan provides coverage for all Americans and replaces the current system of private health insurance, has divided the top candidates in the race for much of the campaign. But almost 6 in 10 New Hampshire Democratic primary voters today said they would support such a government plan, 4 in 10 were opposed.

About two-thirds said they would be in favor of making tuition free at public colleges and universities, a plan that has likewise divided the top candidates.

Several residents who voted in Manchester told CNN that health care was their top priority and influenced their vote.

Moe Abdel, a 24-year-old pharmacist, said he supports “Medicare for All.”

“I see firsthand a lot of people who struggle to pay for their prescription drugs, especially older people on fixed incomes,’ said Abdel, who declined to specify whom he voted for.

Health care also emerged as the most important issue for choosing a nominee among Iowa Democratic caucusgoers earlier this month, according to the entrance polls conducted there. Two in five Iowa caucus participants chose health care, and about 1 in 5 said climate change, while fewer chose foreign policy or income inequality.

Health care has been at the forefront of the campaign since the beginning, but the party is split between radically overhauling the nation’s health insurance system or taking smaller steps.

Vermont Sen. Bernie Sanders, an independent, has led the fight to create Medicare for All. It would essentially replace private insurance, providing sweeping benefits at no cost to patients.

But its price tag — estimated at around $32 trillion over 10 years — has spooked many people, providing a line of attack by rivals former Vice President Joe Biden and former South Bend, Indiana, Mayor Pete Buttigieg.

While Sanders has acknowledged he’d have to raise taxes on the middle class, he hasn’t laid out specifically how he would cover the tab.

Providing a detailed financing plan for Medicare for All may have contributed to the decline of Massachusetts Sen. Elizabeth Warren’s popularity. Her poll numbers took a nose dive after she laid out a proposal in November that called for states, employers, corporations and the wealthy to pay for the single-payer system, which she also supports.

Meanwhile, moderates such as Biden, Buttigieg and Minnesota Sen. Amy Klobuchar favor building on the Affordable Care Act. They would add to the Obamacare exchanges a government-backed public option, which would presumably have lower premiums and would compete with the private insurers. They would also boost federal subsidies so more people could afford coverage.

The CNN Exit Poll was conducted by Edison Research for the National Election Pool. Results are based on interviews conducted throughout the day with 1,947 randomly selected Democratic primary voters at 45 wards in New Hampshire. Results for the full sample have a margin of error of plus or minus 4 percentage points.