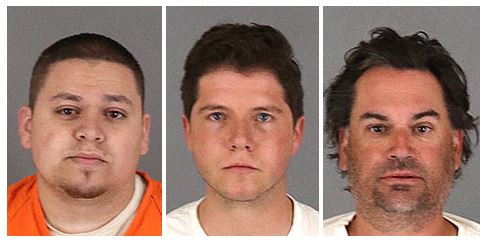 Nearly 10,000 marijuana plants were chopped down and 400 pounds of dried cannabis seized during a multi-agency law enforcement operation in and around the unincorporated community of Aguanga that resulted in four arrests, sheriff’s officials announced Wednesday.

A half-dozen marijuana grow-related search warrants were served on Tuesday, according to the Riverside County Sheriff’s Department.

Two tons of marijuana were hauled away, including 9,946 growing plants and 411 pounds of processed marijuana. A dissembled honey oil lab was also discovered, along with two stolen vehicles and three firearms — including an SKS assault rifle, according to sheriff’s officials.