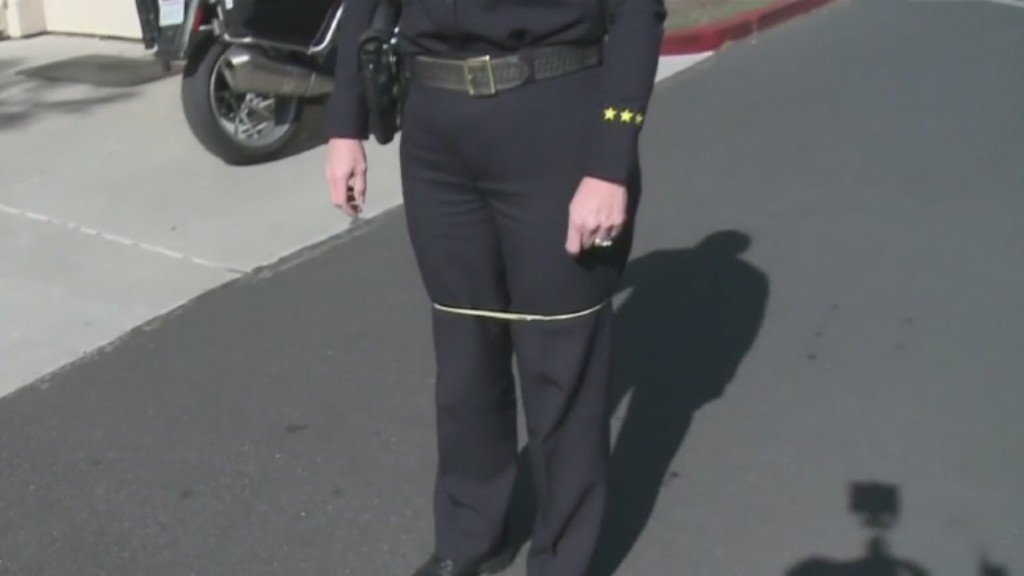 It’s a high-tech version of an old-fashioned throwing weapon used to capture cattle. The device shoots out two metal pellets with hooks on the end connected by a kevlar string. The main purpose of the tool is to slow down a suspect by tying together their legs.

“You don’t really need a good aim. The laser shows you exactly where the wrap is going to be,” said Foster City police chief Tracy Avelar.

Officers who demonstrated yelled out, “Bola bola bola!” before firing the tool.

Other police departments have been trained to use the bola wrap, but Foster City PD is the first to start using it out in the field in the Bay Area.

Police said there were “mixed reactions” to the tool.

“You don’t see this, I haven’t seen anything like this in law enforcement, so there is some, ‘Will this work? What is this going to do?’ They were open to it, so I’m happy about that,” said Avelar.

While Foster City have been training for months using the bola wrap, it was deployed in January. As of Wednesday, the tool has yet to be called upon.