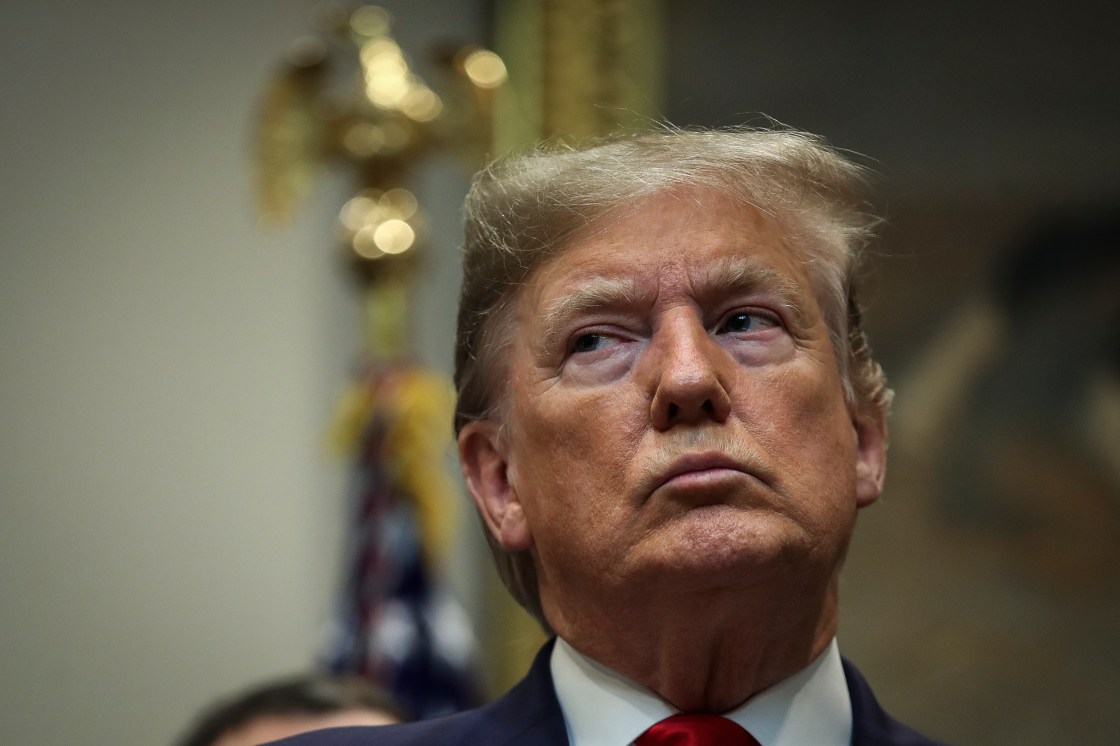 (CNN) — The Trump administration has repeatedly insisted that its decision to kill Iranian General Qasem Soleimani was justified because he posed an “imminent threat” to American lives, but that phrase was notably absent in an official White House report sent to Congress that outlines the legal and policy rationale for conducting last month’s strike.

A copy of the report — released by House Foreign Affairs Committee Chairman Rep. Eliot Engel Friday — is an unclassified version of what is called a 1264 notification, which the White House is required to send to Congress if it changes its view on the legal framework for using military force.

In this case, the notice not only outlines the administration’s legal justification for killing Soleimani, but acknowledges that the White House expanded its interpretation of the 2002 Authorization for Use of Military Force to include military action against Iran.

“Iran’s past and recent activities, coupled with intelligence at the time of the air strike, indicated that Iran’s Qods Force posed a threat to the United States in Iraq, and the air strike against Soleimani was intended to protect United States personnel and deter future Iranian attack plans,” the report reads.

It argues that the airstrike is consistent with longstanding interpretation of the President’s authority under Article II of the Constitution and the 2002 AUMF, as the use of military force was “tailored narrowly to the Qods Force target’s presence in Iraq and support to … Iraqi militias that attacked US personnel.”

The administration suggests that the notice itself reflects a change “in application” of existing legal and policy frameworks, but, “it obviously reflects a significant change in the executive branch’s view of its legal authority to strike Iran,” according to Ryan Goodman, a law professor at New York University and co-editor-in-chief of Just Security.

State Department officials repeatedly assured lawmakers last year that “the administration has not, to date, interpreted either the 2001 or 2002 AUMF as authorizing military force against Iran, except as may be necessary to defend US or partner forces as they pursue missions authorized under either AUMF.”

The administration’s claims prompted a sharp rebuke from Engel who called their legal theory “absurd,” their explanation “spurious” and said he looks forward to questioning Secretary of State Mike Pompeo on the matter during his expected testimony on February 28.

“This official report directly contradicts the President’s false assertion that he attacked Iran to prevent an imminent attack against the United States,” said Engel, a New York Democrat. “This spurious, after-the-fact explanation won’t do.”

In the weeks since the strike, top administration officials have backed away from the imminent threat argument after being pressed to provide details backing up that assertion amid rampant skepticism from Democrats.

The report released Friday makes no mention of an imminent threat while discussing the facts surrounding the strike or the legal justification for carrying it out, raising concerns about the President’s expanding authority to take the country to war with Iran without consulting Congress.

“The administration has dropped any reference to the idea that Soleimani posed an imminent threat. That spells danger for the future. It means that one person alone in the Oval Office can take the nation to war with Iran even if time would easily allow going to Congress beforehand,” said Goodman, who served as Special Counsel to the General Counsel of the Department of Defense during the Obama administration.

Additionally, Engel slammed the administration’s claim that Trump had the authority to carry out the strike on Soleimani under the 2002 AUMF.

“To avoid having to justify its actions to Congress, the administration falsely claims Congress had already authorized the strike under the 2002 Iraq war resolution. This legal theory is absurd,” Engel said in his statement Friday.

“The 2002 authorization was passed to deal with Saddam Hussein. This law had nothing to do with Iran or Iranian government officials in Iraq. To suggest that 18 years later this authorization could justify killing an Iranian official stretches the law far beyond anything Congress ever intended,” he added.

Last month, the House voted to repeal the 2002 AUMF and to block funds from being used to wage war with Iran, in an effort to curtail President Donald Trump’s military actions in light of heightened tensions with Iran. That bill has not gone to the Senate floor and Engel urged his colleagues to take up the vote in his statement Friday.

“There’s a reason the Obama administration and the Trump administration, at least before this point, never made such audacious legal claims. The assertion that Congress has authorized the executive branch to use force against Iran is unsound. A bipartisan majority of both houses of Congress have rejected that view in just the past few weeks through congressional findings,” he said.

“The administration’s position is dangerous. It holds Iran directly responsible for abuses committed by armed groups under a new-fangled theory that the United States would not want to see applied to our support for armed forces including the Saudi bombing campaign in Yemen and the Syrian Kurdish forces’ treatment of detainees,” Goodman added.