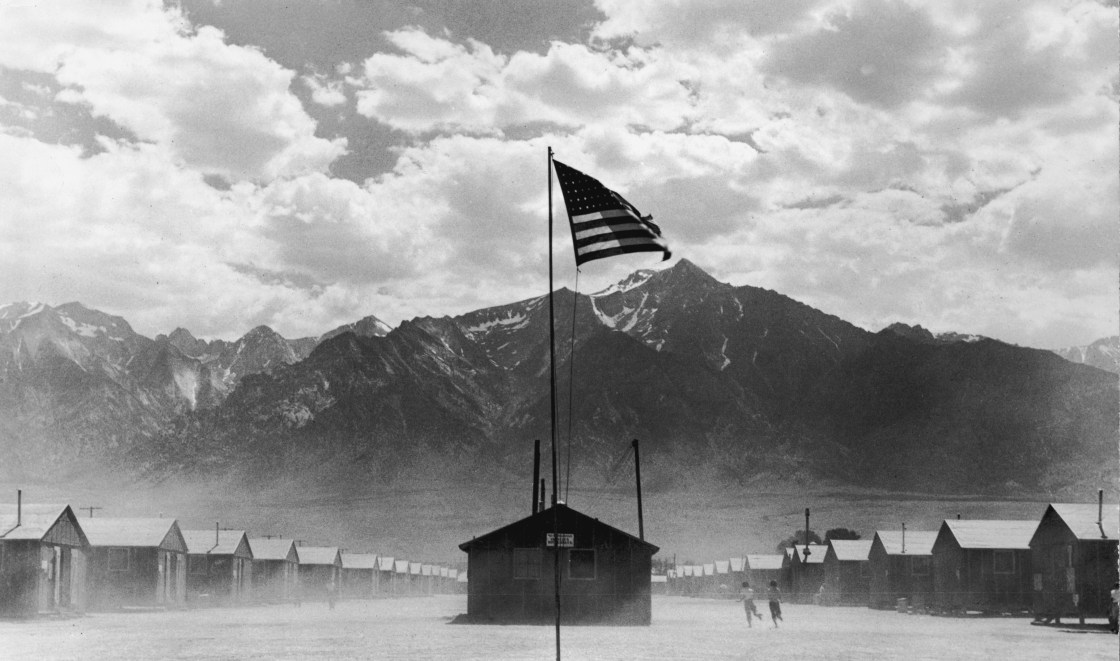 (CNN) — On February 19, 1942, President Franklin Delano Roosevelt gave the Secretary of War the authority to evacuate to designated military areas anyone deemed a US security threat.

For about the next four years, more than 100,000 people of Japanese origin — most of them US citizens — were forcibly removed from their homes and incarcerated in concentration campsacross the country during World War II.

Almost 80 years later, California will apologize formally to Japanese Americans for its role in what became the largest single forced relocation in US history.

“Given recent national events, it is all the more important to learn from the mistakes of the past and to ensure that such an assault on freedom will never again happen to any community in the United States,” the resolution reads.

Legislator wants California to own up to its actions

Every year since he’s been in the California Legislature, Democratic State Assemblyman Albert Muratsuchi has introduced a bill to mark February 19 as a day to remember those affected by Japanese internment.

But this time around, he wanted his state to do more than just remember.

“I wanted to do something different and have California lead by example,” Muratsuchi told the Pacific Citizen, the newspaper of the Japanese American Citizens League.

“While our nation’s capital is hopelessly divided along party lines and President Trump is putting immigrant families and children in cages, the California Legislature with HR 77 will be issuing an official, bipartisan measure for its own actions taken that led to the incarceration of over 120,000 loyal Americans of Japanese ancestry behind barbed wire.”

The resolution recounts California’s history and actions taken by state leaders leading up to the removal and incarceration of people of Japanese ancestry.

Even before Roosevelt issued his executive order, California’s legislature had already approved policies targeting Japanese Americans — and continued to do so after the Japanese attack on Pearl Harbor in 1941.

It started with the California Alien Land Laws of 1913 and 1920, which prohibited people of Japanese ancestry and other immigrant farmers from Asia from purchasing or leasing land.

Then in 1942, the California Legislature approved a resolution questioning the loyalty of anyone of Japanese origin, requesting that the state’s personnel board dismiss any state employee believed to be disloyal to the US.

In 1943, the legislature approved a measure that called on Congress to forfeit the US citizenship of US-Japan dual citizens and prevent those of Japanese origin from becoming citizens, according to the new resolution. That same year, the Legislature passed another measure urging Congress to release the “implements and commodities” owned by Japanese Americans for other Americans to use.

And in 1945, the Legislature approved a $200,000 grant to the Attorney General’s office to investigate and prosecute land law cases against Japanese Americans, many of whom were incarcerated at the time and couldn’t defend themselves.

Internment was a result of racism and hysteria

A federal commission created by Congress in 1980 to examine the impact of Japanese internment eventually determined that Roosevelt’s order wasn’t justified.

Instead, it was a result of “racial prejudice, wartime hysteria, and a failure of political leadership.”

A few years later, President Ronald Reagan signed the Civil Liberties Act of 1988 into law, apologizing to people of Japanese ancestry on behalf of the US and granting $20,000 in reparations to each person who was incarcerated (about $44,000 by today’s standards).

The law also created a public education fund to help inform people about that dark chapter in history to prevent something similar from happening again.

California is reckoning with its dark past

Muratsuchi’s resolution is the latest action in an effort by California leaders to reckon with the state’s problematic history.

In 2006, California passed a law that formally apologized for its role in the Depression-era “Mexican Repatriation,” when a wave of anti-Mexican hysteria prompted officials to round up Mexican immigrants and Mexican-Americans living in the US and force them to relocate to Mexico.

Then in 2009, the state apologized to Chinese Americans for laws dating back to the mid-19th Century that discriminated against Chinese immigrants.

Earlier this month, Newsom announced an initiative to grant clemency to people who were prosecuted in California for being gay.