Who Pays the Cost For The Presidents Visit? 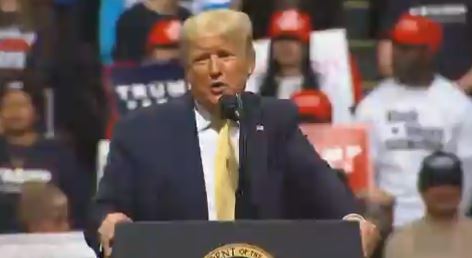 The Coachella Valley is familiar with presidential visits and hosting political heavyweights, but who covers the cost of public safety and extra operations? Our team reached out to city officials and asked how city operations change and who has to fit the bill.

Because the visit is considered high profile, details on how operations work cannot be disclosed, and when reaching out to city officials only little information could be provided. Demonstrators gathered between Palm Springs and Rancho Mirage to both welcome and protest President Trump’s visit to the valley.

With law enforcement working hard to keep everyone safe, we questioned who is footing the bill?

According to Tom Nolan, Executive Director of Palm Springs International Airport, if there are additional costs, those costs will be absorbed by the airport depart of the city, but the exact amount was undisclosed. Services or equipment by airport staff cannot be charged back to the government because Palms Springs Airport is a recipient of federal grants.

“Security details are again something that is confidential because we want to make sure that the president is safe, that personnel is working the event is safe and the public are safe,” said Sgt. Michael Casavan with Palm Spring Police Department.

After contacting the city of Palm Springs for answers, they directed me to the police department for answers.

“As far as I understand, generally speaking, the city covers the cost of the personnel working the detail,” added Casavan

Other departments such as the California Highway Patrol will also be absorbing the cost.

When reaching out to Riverside County Sherriffs, we were told we would have to fill out specific forms for that type of information.

Airport officials also mention that the city owns and operates the airport, but it is considered an enterprise fund, therefore expenses are taken from the revenues generated at the airport.