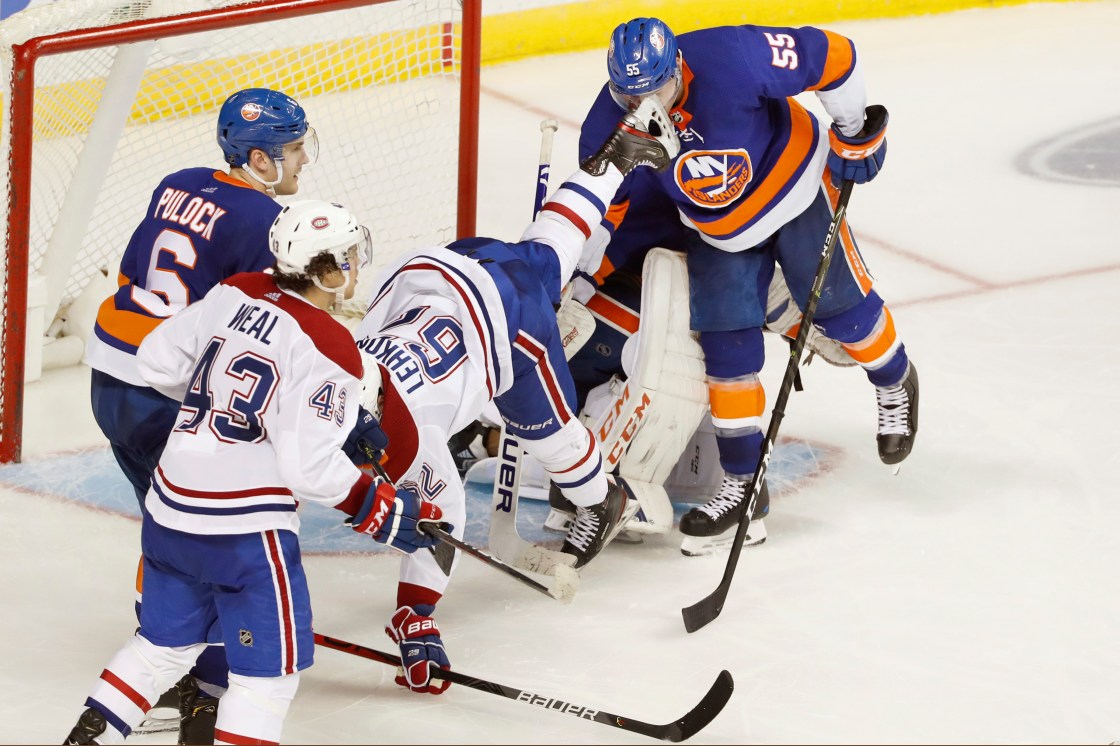 (CNN) — The New York Islanders may have lost Tuesday night against the Montreal Canadiens, but defensive player Johnny Boychuk almost lost more than that.

Boychuk left the game in the third period, after a skate hit what he said felt like his eye. He immediately left the ice.

Islanders’ president and general manager Lou Lamoriello told reporters on Wednesday that Boychuk was OK but had to get 90 stitches from the incident.

“There’s been no damage to his eye,” he said. “He felt the skate blade hit his eye, but fortunately just got the eyelid.”

A plastic surgeon fixed him up, Lamoriello explained, and though the number stitches certainly seems like a lot, they were tiny.

Boychuk also tweeted about the situation Wednesday, thanking fans for their messages.

“Luckily for me the skate only cut my eyelid,” he wrote. “Sorry for the late response…facial recognition wasn’t working… thank you again my friends.”

After the game, teammate Anders Lee spoke about the incident.

“Your heart kind of stops,” he said. “It’s a dangerous game at times. Your mind is on him the rest of that night. It was great to hear after the game that he was doing better and it’s not nearly as serious as it looked. Regardless it’s a scary situation.”

There’s no telling when Boychuk will be back on the ice, Lamoriello said.