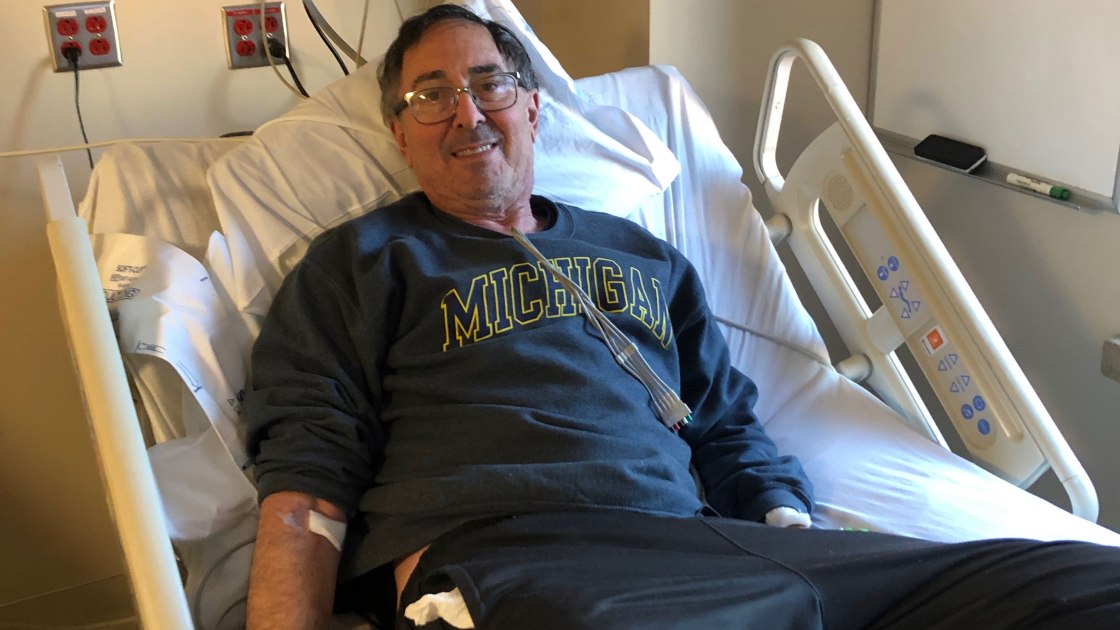 Americans reveal what life in coronavirus quarantine is really like

(CNN) — Carl Goldman has spent the past week pacing around a small room in Omaha, Nebraska, trying to balance his daily goal of taking 10,000 steps with the ultimate goal of getting better.

Sixty-seven-year-old Goldman, from Los Angeles, is among the more than 160 Americans confirmed to have been infected with the novel coronavirus, and he is doing his best to take the stroke of bad luck in his stride.

He also marvels at how he has become an object of intense scientific interest.

“They are swabbing everything I touch,” Goldman said, speaking to CNN by phone from his isolation room on Wednesday. “They put a unit in (the quarantine room) to capture the air to get a better understanding of how this virus is moving inside my body and outside my body.”

Goldman and other Americans who experienced life in quarantine describe a life of surreal boredom mixed with an uneasy uncertainty.

Cheryl and Paul Molesky were quarantined for 28 days in total — 12 aboard the Diamond Princess cruise ship, and 16 in a room at Lackland Air Force Base in San Antonio, Texas.

Cheryl compared the military quarantine unit to a $50 hotel room.

“It wasn’t that bad — it had a little refrigerator and a microwave,” she told CNN by phone, speaking from her home in Syracuse, New York, after she was allowed to return there early Wednesday morning.

Goldman also was also on the Diamond Princess when he tested positive for the coronavirus. By Thursday, he had been under solitary quarantine for 21 days at the University of Nebraska’s hospital system in Omaha.

Goldman said the symptoms started with a high fever that set in during a plane ride from Tokyo to Omaha.

“Unlike colds or the flu, there’s no runny nose, no sneezing, no body aches,” he said. “Even when I had the high fever, which was over 103, there were no chills. No sore throat.”

Goldman, who has been blogging about his experience, said healthcare workers downgraded him about a week ago, as his condition has improved — though he tested positive for the virus again on Monday.

“I still have the remnants of a dry cough,” he said.

The first 12 days of Goldman’s solitary quarantine were spent in a tiny biocontainment room. He has since been moved to a larger unit that is equipped with a TV, bed, internet access and a stationary bicycle.

“I’ve been walking the room to get 10,000 steps a day, and here it’s 14 steps till I hit the wall,” he said, “which is a joy because when I was in the biocontainment it was seven steps.”

12 days in quarantine: A ‘test for any marriage’

Prior to his solitary containment, Goldman and his wife, Jeri — with whom he owns a radio station in California — were quarantined together on the ship for 12 days.

“That’s a test for any marriage,” he joked. “We made it through that; we can make it through anything.”

They flew together to Omaha, but were housed separately. She did not test positive for the virus and has returned to Los Angeles.

“I’m fine,” he said. “They do a town hall meeting every day at 3 o’clock, so all the patients here get on. We’re talking to CDC officials, they’ve got a psychologist, so I’m good that way.”

A birthday party in quarantine

Goldman said he has received several acts of kindness.

He celebrated his 67th birthday in solitary quarantine on February 22, but a medical worker delivered him a cake — while wearing a hazmat suit.

“They sang ‘Happy Birthday’ to me — the entire medical team,” he said. “Virtually, from … two-way television — from central command down the hall.”

Earlier this week, Bill Smedley and his wife weren’t sure they were going to make it back to their Pennsylvania home this week. The Diamond Princess passengers had been quarantined in San Antonio and were told that another two-week stay could be on the way.

Still, they were released on Tuesday and able to make the last leg of their journey home. Bill Smedley said he felt it was unreal — half expecting to be stopped on his way out of the military base he and his wife were held at.

“I thought they might come get us when we were at the airport,” Smedley said, referring to government workers.

For the Moleskys, the time spent in quarantine — nearly a month — was by turns scary and bizarre, Cheryl said.