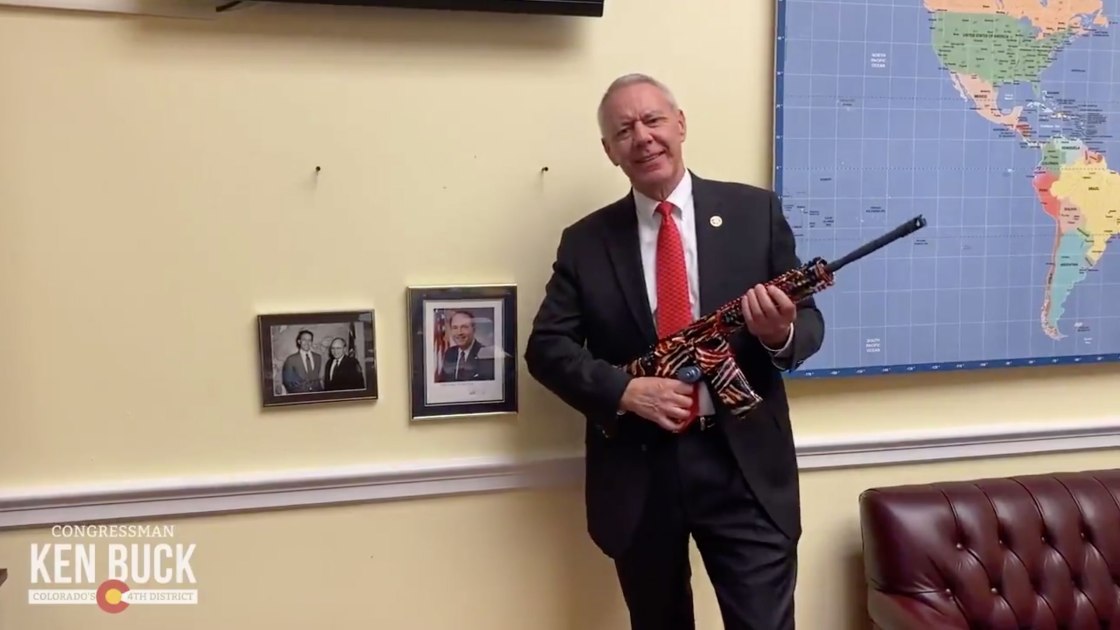 In a video posted to his Twitter account on Friday, Buck, a Republican from Colorado criticized O’Rourke and Biden for their gun control policies. A spokesperson told CNN the gun is inoperable.

“I have a message for Joe Biden and Beto O’Rourke: If you want to take everyone’s AR-15s in America, why don’t you swing by my office in Washington, DC, and start with this one,” said Buck in the video, as he pointed to the American flag-themed AR-15 hanging in his congressional office.

O’Rourke responded to the video with a tweet of his own on Friday afternoon saying, “This guy makes the case for both an assault weapons ban and a mandatory buyback program better than I ever could. These are weapons of war that have no place in our communities, in our politics or in our public discourse.”

After endorsing Biden in a rally in Texas ahead of Super Tuesday, O’Rourke was cited by the candidate as someone who could help him the candidate in addressing gun violence.

O’Rourke, when he was still a Democratic presidential hopeful himself, was vocal about his support for a mandatory gun buyback program of assault-style weapons. During a presidential debate last September, O’Rourke said, “Hell, yes, we’re going to take your AR-15, your AK-47.”

Buck has displayed the gun in his office for several years. His spokeswoman told CNN on Friday afternoon that it is inoperable and he received permission from Capitol Police before bringing it to his office.

The gun is locked and has been stripped of parts essential to firing it, according to The Washington Post. In 2015, Buck described it as “a beautiful, patriotic paperweight,” also telling the Post that the “only dangerous thing about that gun is if someone took it off the wall and hit somebody else over the head with it.”

Buck ended his video by saying, “Come and take it.”

Capitol rules have long allowed members of Congress to keep firearms in their offices, although lawmakers are banned from bringing them to the House chamber and several other specified areas. Some Democratic members have sought to change the rules in recent years, arguing guns on the premises represent a security threat, even if they are owned by lawmakers.