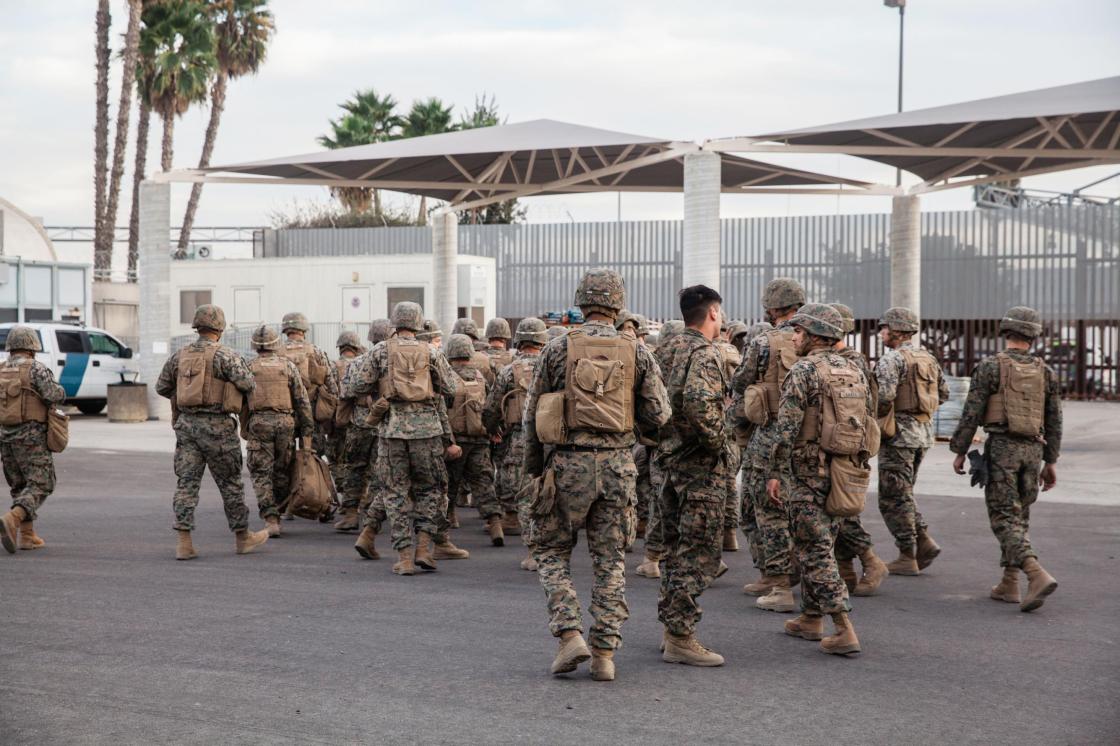 (CNN) — The Trump administration is deploying troops to the southern border as a result of uncertainty over the future of one of its key asylum policies, US Customs and Border Protection announced Friday.

Last week, a federal appeals court blocked the so-called “Remain in Mexico” policy, which requires migrants to wait in Mexico until their court date in the US. Following the ruling, groups amassed at some locations along the border, but while the ruling has been temporarily paused, senior agency officials told reporters Friday that last week’s events prompted concerns about personnel safety. Several ports of entry were closed or partially closed last week.

“Based on the pending … decision, continued concern of large groups attempting to forcibly enter through (ports of entry), and COVID-19 containment and mitigation concerns, CBP has activated the crisis response force,” the official said.

The troops, who will arrive “no later” than Saturday, are not engaging in immigration enforcement, an official said. They are expected to be in place for two weeks.

Earlier Friday, the Justice Department filed an emergency petition with the Supreme Court, asking the justices to allow the Remain in Mexico asylum policy to remain in effect pending appeal.

The 9th US Circuit Court of Appeals had blocked the policy, but is allowing it to remain in effect just long enough for the Supreme Court to consider whether to step in.

The policy has resulted in the creation of makeshift camps where hundreds of migrants, many of whom are from Central America, have waited for weeks if not months in squalid and unsafe conditions for their immigration hearings. In some cases, migrant families have opted to send children across the US-Mexico border alone.

Senior CBP officials said that the Crisis Response Force has been deployed as a matter of preparedness. The force has previously been utilized in San Diego when a migrant caravan arrived and in Eagle Pass, Texas, in February 2019.

The two latest locations were chosen based on the ports’ history and where migrants have previously amassed.