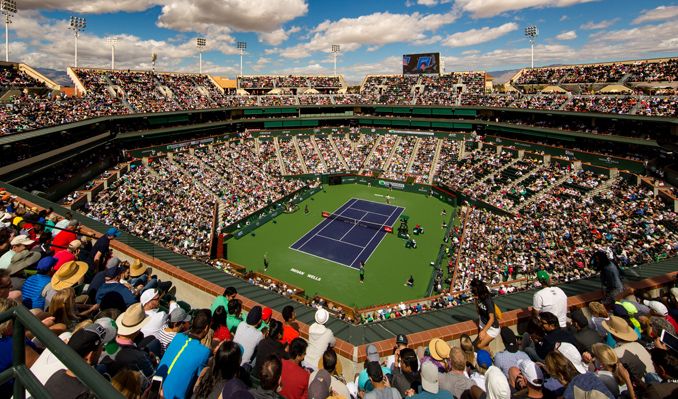 This year’s BNP Paribas Open at the Indian Wells Tennis Garden has been canceled due to the declaration of a public health emergency for the Coachella Valley because of coronavirus concerns.

The tennis tournament, often referred to as the fifth major and one of the few outside the Grand Slam tournaments with both men’s and women’s play, was scheduled to begin women’s qualifying play Monday and main draw play Wednesday.

The seeded women’s players were set to begin play Friday, one day before the seeded men’s players. The tournament was to run through March 22.

“There is too great a risk at this time to the public health of the Riverside County area in holding a large gathering of this size,” Argus said.

“It is not in the public interest of fans, players and neighboring areas for this tournament to proceed. We all have to join together to protect the community from the coronavirus outbreak,” he said.

“The patient is in isolation and Eisenhower staff have taken appropriate precautions in the treatment of this patient. No further information about the patient will be provided at this time,” an Eisenhower spokesperson said.

Tournament director Tommy Haas expressed regrets that the tourney was canceled but added, “We are prepared to hold the tournament on another date and will explore options.”

Rescheduling the tournament would be difficult, however, because there is a top-tier Association of Tennis Professionals or Women’s Tennis Association Tournament nearly every week through the U.S. Open in September.

Any patron who purchased tickets directly from the tournament may request a refund for the 2020 tournament, or a credit for the 2021 tournament, according to tournament organizers. To do so, go to wwww.bnpparibasopen.com/coronavirus/.