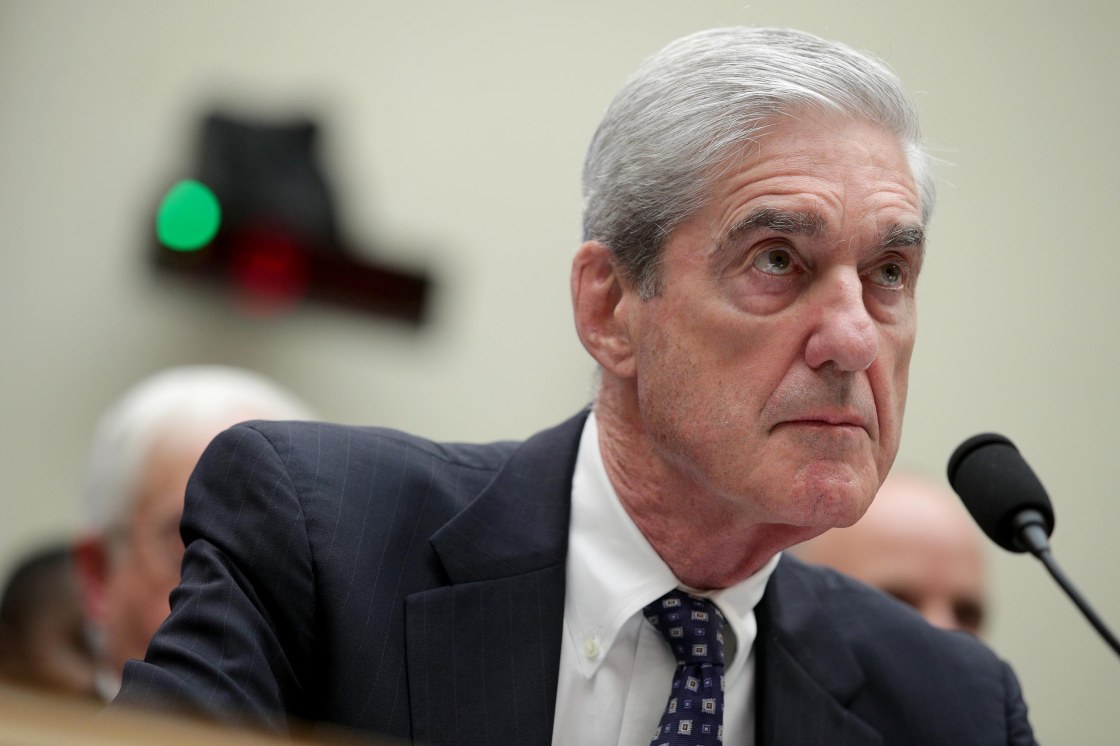 (CNN) — The House of Representatives has won access to secret grand jury material gathered in former special counsel Robert Mueller’s investigation and cited in the Mueller report, the DC Circuit Court of Appeals ruled on Tuesday.

The ruling may breathe new life into a House Judiciary Committee investigation into President Donald Trump for obstruction of justice, which failed to gain steam since Mueller issued his report on Trump and testified last summer and since the White House has blocked administration witnesses from appearing before Congress.

The appeals panel sided with an earlier ruling from the chief judge of the DC District Court, who had roundly criticized the Justice Department’s legal theories to keep the Mueller materials under seal and who had endorsed the House’s investigation into President Trump. The appeals court agreed that the House Judiciary Committee has a “compelling need” to view the secretive details prosecutors had collected from witnesses and about the President.

The decision, which was split 2-1, highlights how the judicial branch typically stays away from interfering with other government branches’ activities but in this case asserted control over grand jury material. The Justice Department could appeal the Mueller grand jury decision to the Supreme Court or again to the DC-based appeals court.

Mueller found Trump attempted to obstruct the Russia investigation on several occasions, but declined to make a decision whether to prosecute him. Mueller had cited, among other things, Justice Department policy not to indict a sitting president, and Justice Department leadership decided not to bring any charge against Trump. Mueller also didn’t charge any Americans with conspiracy with the Russians, though the former special counsel’s report noted many communications between Russian officials and the 2016 Trump campaign. Six former Trump associates and top campaign leaders were convicted of obstructing justice for lying to investigators or Congress.

The House had told the courts it wants the still-confidential Mueller findings and grand jury material so it can investigate the President for potential obstruction of justice during the Russia investigation. The House especially raised questions about what campaign witnesses told Mueller versus what Trump said to Mueller in written answers — saying he didn’t recall conversations about attempts to reach WikiLeaks in 2016. The House has said at the time of the Ukraine impeachment proceedings it could still consider impeaching Trump again because of his actions during the Mueller investigation.

Even if the grand jury material ultimately goes to the House, it is likely to be kept confidential, at least initially, because the House has set up protocols to keep it secret until the Judiciary Committee votes otherwise.

In the court’s 26-page opinion, written by appellate Judge Judith Rogers, the court reminded the Justice Department it doesn’t have complete control over grand jury information. The court underlined how it could control the information.

“In short, it is the district court, not the Executive or the Department [of Justice], that controls access to the grand jury materials at issue here,” held Rogers, who was appointed by former President Bill Clinton.

The decision stands in contrast to another major and recent House lawsuit regarding potential obstruction of justice by the President. In that case, the appeals court ruled two weeks ago that judges have no ability to resolve standoffs over subpoenas between the House and the executive branch.

Rogers was in the minority in that decision, disagreeing with the appeals court’s ruling. Griffith, a George W. Bush appointee, wrote that opinion.

Rao, who was appointed by Trump to the court last year after serving in the White House, wrote in her dissent on Tuesday that the appeals court should have no role to play in the grand jury material fight, just as the court decided regarding the White House refusing to allow former White House counsel Don McGahn to testify about Trump under congressional subpoena.

The House is already appealing the McGahn decision, saying it undermines its constitutional power and could chill committees’ work for years to come.

But Griffith wrote on Tuesday how the McGahn and grand jury cases differed for the appeals court. “As gatekeepers of grand jury information, we cannot sit this one out. The House isn’t seeking our help in eliciting executive-branch testimony or documents,” Griffith wrote. “Instead, it’s seeking access to grand jury records whose disclosure the district court, by both tradition and law, controls.”

The Mueller grand jury decision on Tuesday falls in line with several past court decisions.

“The courts cannot tell the House how to conduct its impeachment investigation or what lines of inquiry to pursue, or how to prosecute its case before the Senate, much less dictate how the Senate conducts an impeachment trial,” the opinion said on Tuesday. “The Mueller report made clear why the grand jury materials in Volume I [outlining Russian interference in the election] were necessary for the Committee to review and evaluate in exercise of its constitutional duties”