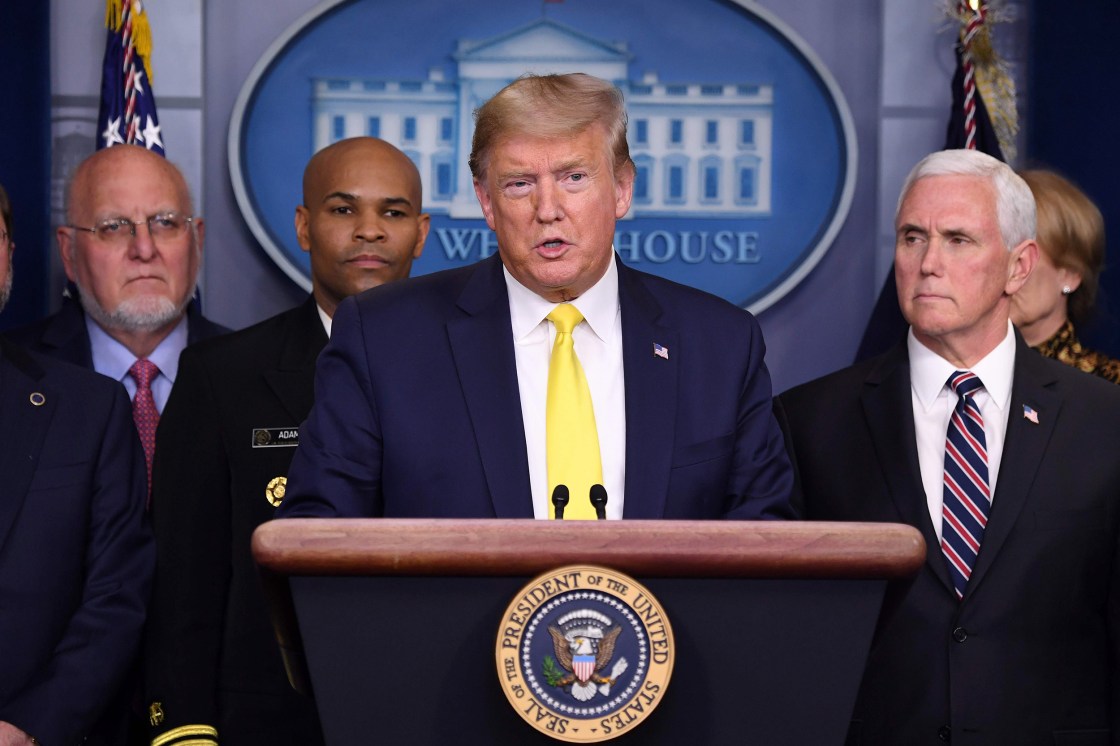 (CNN) — President Donald Trump and top economic officials will pitch wary Senate Republicans on a payroll tax cut and other policy proposals meant to ease the economic fallout of coronavirus during a closed-door lunch on Tuesday, a senior administration official told CNN.

White House economic officials plan to lay out additional measures to try and arrest the economic pain stemming from the spread of the virus, including proposals to implement paid sick leave, deferral on tax collection on specific industries including airlines, cruise lines and hotels, and specific proposals to make small business loans more available and with flexible repayment options, according to the two people.

While those proposals would likely need congressional approval, the administration is also working through a menu of administrative actions it can take on its own and is expected to unveil those actions in the days ahead, the people said.

Trump promised a news conference to add additional details to the proposals, and Treasury Secretary Steven Mnuchin and Larry Kudlow, the director of the National Economic Council, will lay out the proposals in a closed-door Senate GOP lunch Tuesday.

Trump has tasked Mnuchin and Kudlow with convincing their congressional allies that now is the appropriate time for the kind of stimulus options they are considering.

The details and timelines of each proposal are still being fleshed out, the people said, and will be shaped by the feedback administration officials receive from Capitol Hill. There remain disagreements inside the White House over specific proposals — most notably the scope and scale of the payroll tax proposal, the people said.

But while Trump has made the payroll tax cut a focal point of the White House economic response, the administration’s top economic policy officials have started to focus more on the small and medium business loan elements of any proposal, as they have become keenly aware of the lack of demand that could lead to a credit crunch in the days and weeks ahead, one of the people said.

Among the issues still outstanding would be how the stimulus proposals, each designed to be temporary, would be put into place.

As CNN has reported, the White House will have a tough sell in both parties on the entirety of these proposals, particularly the payroll tax cut. But Tuesday will mark the opening of talks and negotiations as they attempt to bring lawmakers around to a proposal within the next three weeks.

During a Monday White House briefing on the federal government’s response to the coronavirus, Trump said he would press lawmakers to enact a payroll tax cut and ensure assistance is available to hourly workers to help boost the US economy. The President also said he would reveal further details of the “very dramatic” steps during a Tuesday afternoon news conference.

Before the President’s remarks, members of the Senate GOP leadership team had emerged from a longer-than-usual meeting Monday afternoon, not keen on the economic stimulus ideas the White House could present them.