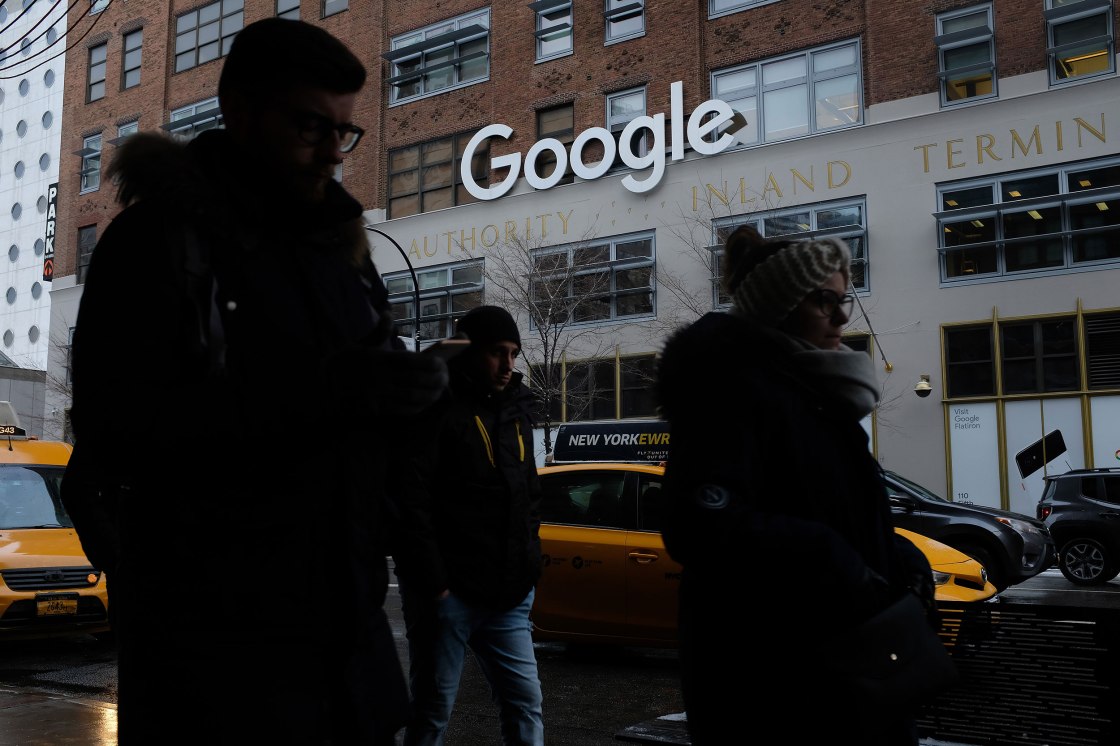 (CNN) — Google parent company Alphabet is recommending that all employees in North America, Europe, Africa and the Middle East work from home due to coronavirus.

The company on Tuesday asked North America employees to work from home through April 10, according to an email shown to CNN. On Wednesday, a Google spokesperson confirmed to CNN that staffers in the other regions will work remotely starting on March 12, until further notice.

“Out of an abundance of caution, and for the protection of Alphabet and the broader community, we now recommend the you work from home if your role allows,” the Tuesday email from Chris Rackow, Google’s vice president of global security, reads in part.

Alphabet employs nearly 120,000 full-time workers globally, according to its 2019 annual report. It does not break out the number of employees in each region.

While many companies have asked employees in certain cities to work from home or tested out large scale work from home measures, Google is among the first to ask that employees throughout the continent do so.

Since then, coronavirus cases have continued to balloon in the United States, with more than 900 cases and nearly 30 deaths now confirmed across the country.

Many schools and universities have transitioned to online classes and Harvard has even asked students to leave campus housing within a matter of days. Growing numbers of major events have been canceled or postponed — including campaign rallies for Democratic presidential hopefuls Joe Biden and Bernie Sanders.

Google was also forced to cancel its biggest event of the year, the annual developer conference Google I/O, which had originally been scheduled for mid-May.

All 11 of Google’s offices in the United States and Canada are affected by the new work-from-home directive, with the San Francisco Bay Area and New York offices upgrading from a voluntary work-from-home status to recommended.

“The goal of businesses moving to work from home (WFH) arrangements is to significantly reduce the density of people and lower the health risk in offices, and also reduce the burden on the local community and health resourced, enabling those in need to get quicker support,” the Tuesday Google email states.

Rackow’s email says Google is “carefully monitoring the situation and will update the timeline as necessary.”

Last week, Google announced it would compensate hourly employees affected by reduced office hours, such as cafe workers, for all of the hours they would have worked without the coronavirus disruption.

Google also says it is developing a fund to provide sick leave pay to non-full time employees who currently don’t have the benefit and are affected by coronavirus. The company said in a Wednesday blog post that while most non-full time employees and contractors already have sick leave benefits, some companies that Google contracts with are still rolling them out to their staffs.

“Google is establishing a COVID-19 fund that will enable all our temporary staff and vendors, globally, to take paid sick leave if they have potential symptoms of COVID-19, or can’t come into work because they’re quarantined,” the company said. “This fund will mean that members of our extended workforce will be compensated for their normal working hours if they can’t come into work for these reasons.”

Elena Hernandez, a spokesperson for the White House’s Office of Science and Technology Policy, said Michael Kratsios, chief technology officer of the United States, will meet with representatives from tech companies and federal agencies on Wednesday to discuss coronavirus response efforts. Google —along with Facebook, Amazon, Apple, Microsoft, and Twitter — is expected to attend, she said, with many of the participants expected to join the conference remotely.